‘Welcome to Chechnya’ Roundtable Highlights the Intersection of Hollywood, Politics, and Change

“Welcome to Chechnya” focuses on anti-LGBTQ persecution in the Russian republic of Chechnya. Directed by David France, the documentary is shortlisted for Best Documentary Feature and Best Visual Effects.

The critically-acclaimed film focuses on an underground network of queer activists who work to assist LGBTQ+ people find freedom outside of oppressive Chechen communities. With threats of imprisonment, torture, and even death, these heroes fight for human rights by securing travel visas and safe houses for those fleeing from persecution. Director David France shot the film using hidden cameras and added face-swapping technology to maintain the anonymity – and safety – of those featured. 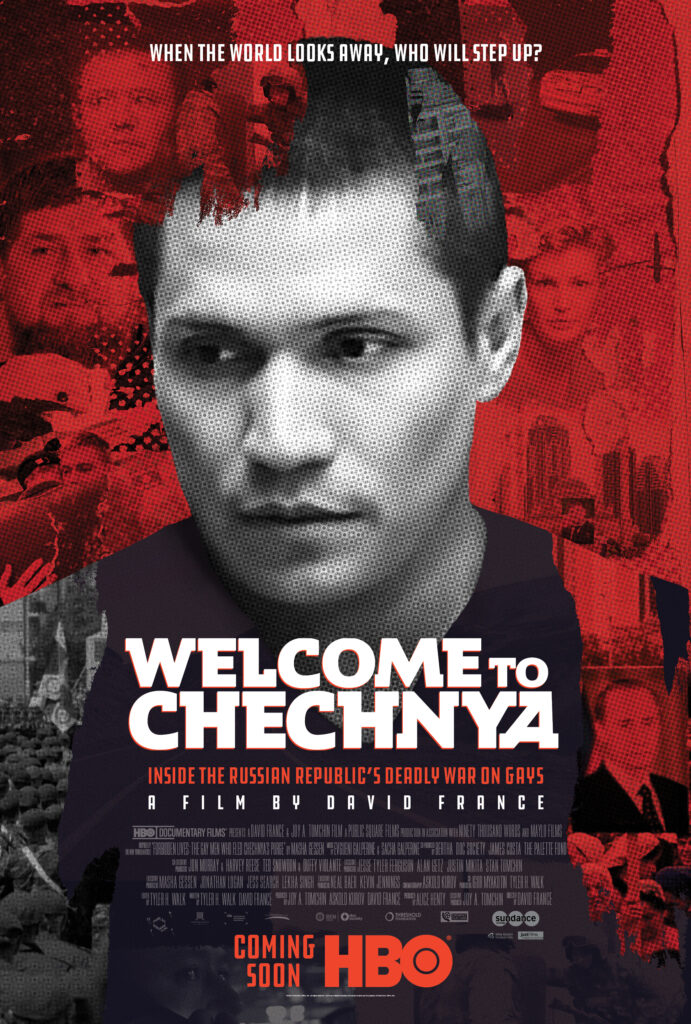 Former First Daughter Chelsea Clinton moderated a discussion between France and executive producers Jesse Tyler Ferguson (Modern Family) and his husband Justin Mikita, whom Clinton called her “dear friends.” Clinton, the current Vice-Chair of the Clinton Foundation, previously tweeted about the war on sexuality in Chechnya, and France applauded Clinton for “giving her voice” to the cause. The overall lack of political and media attention as a whole is what in part inspired France to make Welcome to Chechnya.

“I read over the summer of 2017 that in the absence of that kind of diplomacy, just ordinary Russians were having to do incredible things on their own to save lives. They were really taken on the entire force of this genocide,” France opened up about the inspiration behind the film. “I had to go and amplify their voices…I wanted to see what I can do to help to bring the kind of attention they were looking for to the issue.” 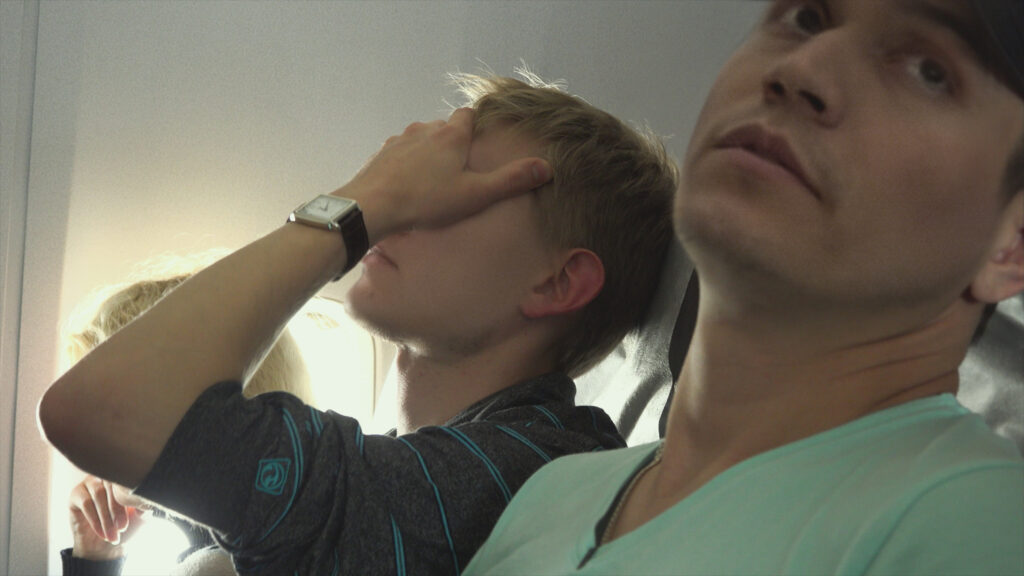 According to Clinton, at least 27 LGBTQ+ activists have been murdered in Chechnya over the last two years as a result of the government’s “murderous thuggery” and blatant violations of human rights. Yet those are just the cases that have been proven to be “targeted for extrajudicial killings” by the Chechen government.

Director France sought out the stories of those who survived escaping Chechnya; their anonymity was key to the film. “[The sources] told me and taught me that they would be chased to the end of the Earth if it was known that they were telling these stories, and their family members would be as well,” France explained. 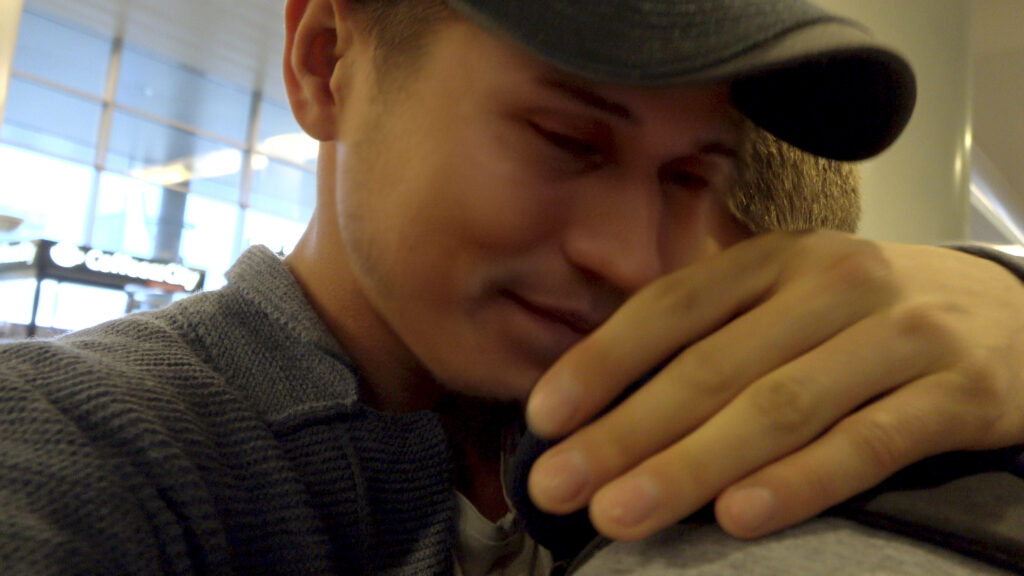 The use of face-swapping technology was implemented so even the sources’ “own mothers” couldn’t recognize them on-camera. France credits Ferguson and Mikita for being integral in the almost year-long post-production process of funding the cutting edge visual effects technology. “It was absolutely a no-brainer that we were going to help get this film across the finish line,” Ferguson revealed. “There was a great urgency behind it.”

Mikita further opened up about how the long-term effects of Chechen laws, and how the film resonated with him personally. “The reality is that the safety concerns extend past the borders of Russia. These people are being hunted…no matter where they land,” Mikita said. “I remember vividly seeing the movie for the first time and Jesse and I, it’s so heavy and heartbreaking. We were holding hands walking down the street and I was so aware in that moment the immense amount of privilege we have as a queer couple in the United States, and just how devastating it must be to live in that reality – and not just Chechens, in a lot of countries, where folks are being hunted for being queer.” 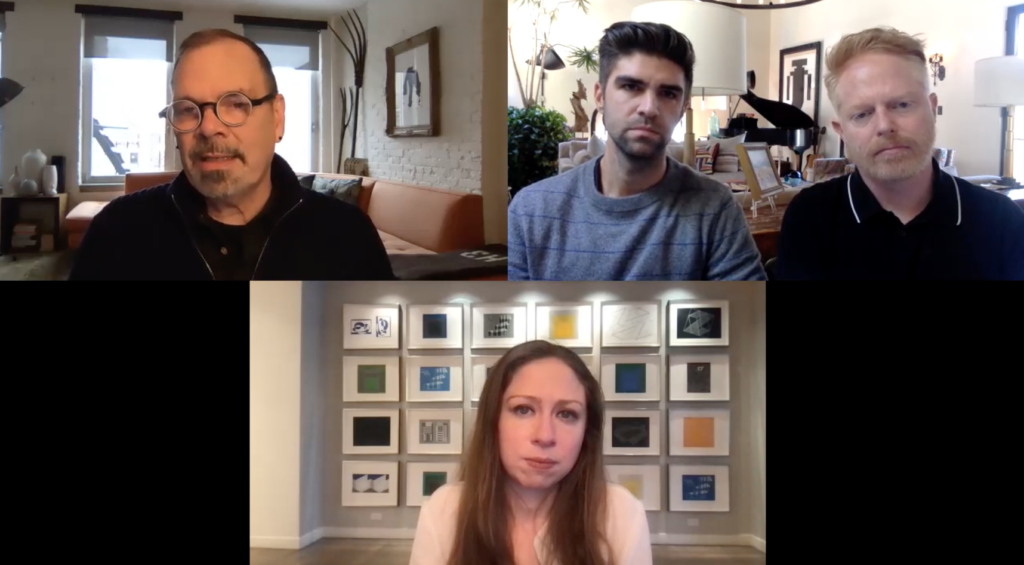 Mikita also pointed out that the film was released in Russia, and Welcome to Chechnya acts a vital news source for the nation. “We were able to tell them what is happening under their own noses,” France added.

Clinton echoed the importance of the movie and its current release. “I think we’re living through a moment where we have a lot of evidence that we need to be listening to and watching and hearing stories like Welcome to Chechnya. Horrors like what you expose in the film…are actually happening here, right now, in the 21st century,” she stated.

Clinton concluded the roundtable by urging viewers to seek out how to support the cause in Chechnya and LGBTQ+ activism around the world.

“Welcome to Chechnya” is now streaming on HBO Max.