While the Gotham Awards had to make a lot of changes to its usual structure because of the COVID-19 pandemic, the show was still star-studded and paid proper tribute to all of its honorees. The first special award of the night was presented by the Mayor’s Office of Media and Entertainment. This office honored Emmy Award-winning actor Jeffrey Wright with the “Made in NY” Award. 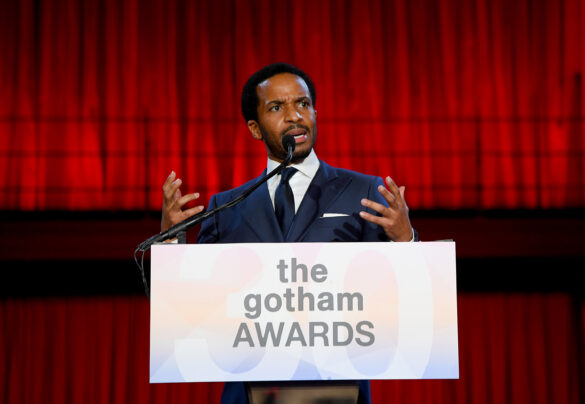 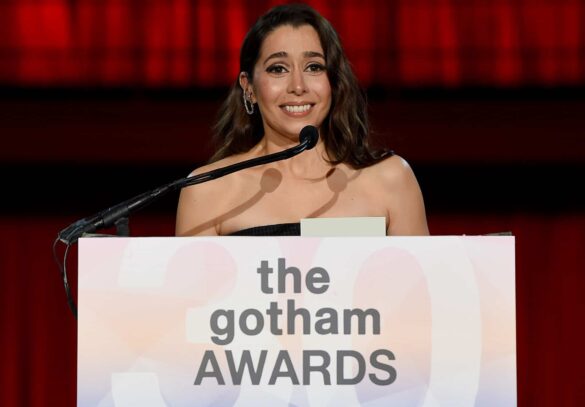 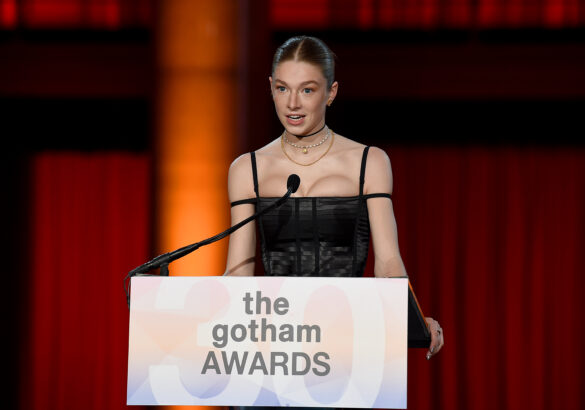 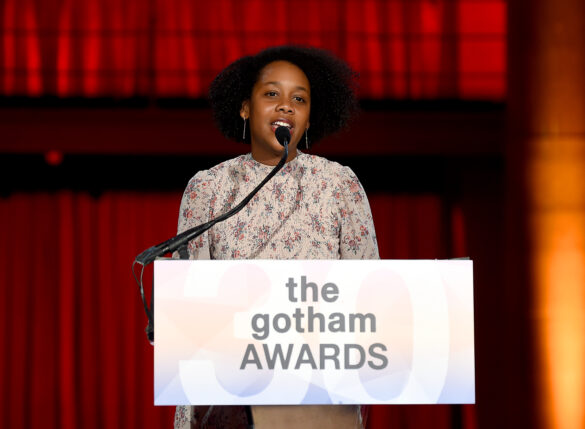 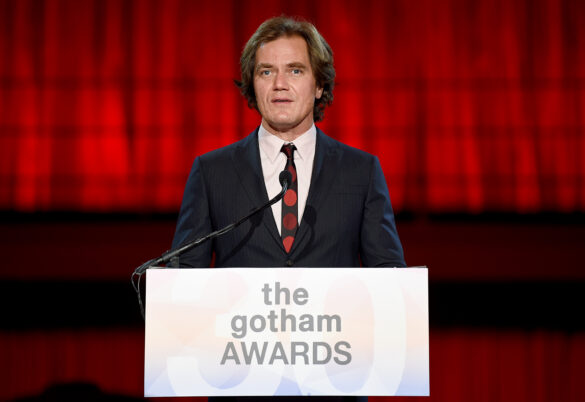 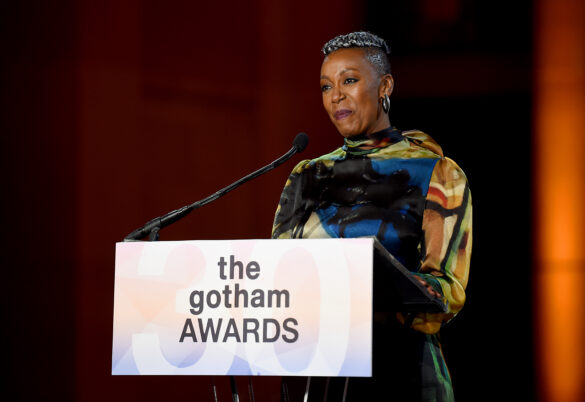 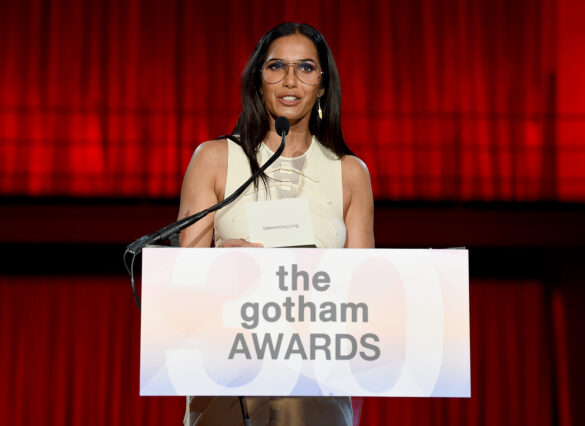 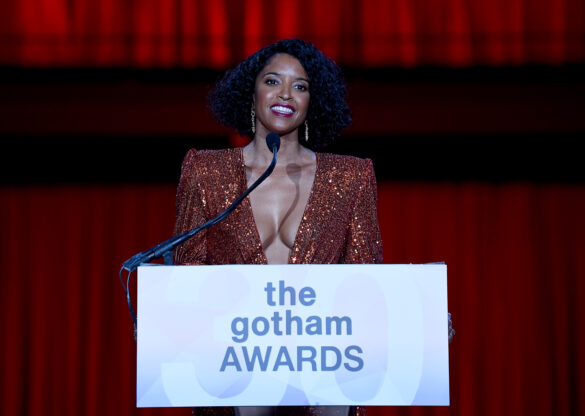 Wright is best known for his Tony, Emmy, and Golden Globe-winning role as Belize in the Broadway production of Angels in America and its HBO miniseries adaption. He’s also well-known for his work in Westworld, Casino Royale, and Shaft. Wright received this award tonight not only for his incredible body of work but also for the impact he has made on New York City. When the pandemic struck he cofounded the organization Brooklyn for Life! which helps to feed NYC’s frontline workers and supports local restaurants whose businesses have been devastated.

Wright was very grateful to receive this award and notes that he was born in Washington, D.C. but after 32 years of working in the city he was made in New York. Wright spoke about his organization and thanked many of the people, restaurants, and sponsors that have helped to fuel Brooklyn For Life!. He said, “This pandemic has been rough on all of us. I don’t have to tell any of you that. But it was particularly challenging here in my home borough Brooklyn. We didn’t know exactly what was coming but we knew that we had to do our best to pull through it. And that with all of the nonsense, chaos, incompetence, and idiocy coming from Washington that we had to do it on our own and do it together.” Wright closed his speech by saying. “Thank you to everyone, stay smart, stay safe, stay healthy, and see you on the other side.”

Following the presentation of a few awards, The Gotham Awards honored Academy Award-winning actress Viola Davis with the Actress’ Tribute award. George C. Wolfe, the director of Davis’s latest film: Ma Rainey’s Black Bottom presented her with the award. Wolfe said “Viola gives all that she has to bring her characters to life. She imbues them with everything she has: her heart, her ferocious brain, her deep, deep, deep command of craft, and a purity of heart and passion and fire and rage and generosity. Because of all of those qualities that she has, every single one of her characters transcends and built into her work is not just the marvel of her talent but the ability to heal, to empower, and to connect so deeply to us as an audience and to us as human beings.”

Davis thanked the IFP for her award and spoke about how proud she is to be part of the film Ma Rainey’s Black Bottom, and how much it means to her to be recognized by The Gotham Awards. “It has been the joy of my life. So I thank you so much for this honor. And I thank you so much for recognizing August’s work through me. One of my favorite sayings is ‘that you can either leave something for people or you can leave something in people’ and that’s what August Wilson has done. The only reason why I was able to absolutely create any semblance of work that has moved you is because of his great artistry.”

The next honoree of the night was the Emmy Award-winning producer, director, and writer Ryan Murphy. Murphy is best known for creating acclaimed series such as Glee, American Horror Story, and Pose. Nicole Kidman, who starred in his latest film The Prom, presented him with the Industry Tribute Award. Kidman said “The Industry Tribute Award seems custom made for Ryan Murphy. He is talented beyond words. He is a proverbial triple threat…Ryan has never been afraid to make bold choices, as is evident in his choices. But the true heart of Ryan’s work is his ability to highlight all types of people. He celebrates all stories, from all types of people, of all different backgrounds, of all nationalities and of all different genders and he has done so for decades now.”

While receiving the award, Murphy said “It means a lot to me as an artist to be able to create across so many mediums with so many talented people and to tell stories about characters that aren’t always given the spotlight. When I began writing for television over twenty years ago, I was repeatedly reminded of the limitations placed on LGBTQ characters in particular. It’s mind-blowing to think how far we’ve come and how far we have left to go. I hope that audiences have started to see themselves in the diversity of the casts… and that we all continue to passionately move forward as an industry with the work we need to do by employing more inclusively behind and in front of the camera.”

This year’s Director’s Tribute award was presented to the Academy Award-winning filmmaker Steve McQueen. McQueen is best known for directing 12 Year’s A Slave, Quincy, and Jay Sebring…Cutting to the Truth. Lupita Nyong’o, who was one of the stars of 12 Years A Slave, presented McQueen with his award. “Steve works with conviction. In search of revelation. My experience working with him on 12 Years A Slave was powerful, singular, life-changing. I found in Steve a director in tune with his perceptions and fully trusting of himself and his vision. Steve expresses visually what he feels viscerally. He is interested in going far beyond what is written on the page in search of the specificity, nuance, and subtleties that are needed to experience his work in three dimensions… Steve loves to tackle difficult narrative and he thrives at it. He is interested in what history and imagination have to tell us about who we really are.”

McQueen was very happy to receive this award and to shed light on the stories that he has been able to bring to the screen throughout this career. In reflecting on his most recent film series Small Axe he said, “This anthology of five films are deeply personal to me and in a way, these stories were swept underneath the carpet and I wanted to sort of see them. I wanted to reveal these characters and the influence that these stories had on our every day.” McQueen closed his speech by giving thanks to the people that have helped bring this anthology to life. “I think what we had to do was go deeper than we ever had before as producers and as filmmakers to get to the bottom of things, to unearth things, to bring them to the surface. I would like to say I’m thankful for that and again I am just very grateful for this accolade and long live film. And everyone please keep safe and take care” he said.

The final tribute of the night was for the late SAG winning actor Chadwick Boseman. Boseman was honored with the 30th Annual Gotham Awards Actor’s Tribute. He is known for his important work in films such as Black Panther, 42, Get On Up, and Ma Rainey’s Black Bottom. André Holland, who co-stared in 42 with Boseman, paid tribute to Boseman and introduced his award. Holland began his tribute by telling a story about a time in which he and Boseman were waiting in an airport in Kansas City after 42 had just been released and Boseman got recognized by a group of young people who had seen the film. He said “there was this one moment where Chad turned to me and looked at me in a way I’ll never forget. I saw in his face all at once shock, he was clearly flattered, there was an acknowledgment in his face that his life would never be the same. And there was also this clarity in his eyes. This confidence that he was ready to meet that moment and many more. As we all know, Chad went on to play many important characters: historical and fictional And he always kept himself committed to his craft. he believed like me that ours is a noble profession and he honored his calling each and every time he went to work.” To close his speech he said “He was a special artist. A wonderful human. He made everyone better and I’ll be forever grateful that he was my friend.”

Boseman’s widow Taylor Simone Ledward, received the award for Boseman and also gave a speech honoring her late husband. Ledward said “As an artist, an actor, and a person Chad made a practice of telling the truth. He was the most honest person I’ve ever met because he didn’t just stop at speaking the truth, he actively searched for it in himself, in those around him, and in the moment.” She continued, “In doing so he was able to give himself over fully to every moment, to be totally present in his own life and in the lives of the people he became. He was blessed to live many lives within his concentrated one. He developed his understanding of what it meant to be the one, the none, and the all. A vessel to be poured into and out of. He harnessed the power of letting go, and letting God’s love shine through…he was not merely telling a story or reading lines on a page, but modeling a path to true fulfillment.”

Riz Ahmed in Sound Of Metal

Andrew Patterson for The Vast Of Night

Radha Blank for The Forty-Year-Old Version

For the IFP Gotham Audience Award, presented by Cristin Milioti

Kingsley Ben-Adair in One Night In Miami…

I May Destroy You

The Trial Of The Chicago 7