ExtratwopercentRecords is pleased to bring you a medley of some of New York & Atlanta’s finest rising rappers.

The project titled, (321) 430-0707, includes 15-tacks from a total of 8 different artists. The artists included on the project are Nessly, Delly, Odalys, Swoosh God, Flee Ghost, Yas, YOR, and PalmtreeV. While Nessly is currently based in Atlanta, the rest of the artists are hail from different parts of New York and come together to create a versatile sound. With the EP release,  a limited edition Nike Air Force 1 will also be available alongside the official EP merch.

ExtratwopercentRecords founder Chicquelo Smith had this to say about the new EP,  “The goal of (321) 430-0707 is to serve as a snapshot of what this generation of artists and
creatives can bring to the table –– the music, augmented reality, merchandise, sneakers, and
film are just some of the touchpoints we hit on during the formulation of the pro ject…
8 artists, 15 tracks, and 1 album later, here we are!”

Today we catch up with two of the artists on the project to discuss how it came together and what it was like working as a team. Find out more about What Nessly and Delly had to say about (321) 430-0707 in our interview below.

The Knockturnal: How did you get involved in the project?

Nessly: Quelo came to me hearing some unreleased music. He shared with me how he was impressed by my genre blending techniques in such detail. I knew he had to understand what I want to be as an artist. That part sticks with me the heaviest since I feel misunderstood with my approach to my music.

Delly: Me and my bro Glyn Brown linked back up after some years from running around downtown and being in the scene. I played him some of the new music and he presented the opportunity.

The Knockturnal: What was the process like of creating the project?

Delly: Nessly really was the workhorse of the group. Him and I bounced ideas the whole trip we created like 5 songs a minimum every night.

The Knockturnal: Why is this project important to you?

Nessly: This project is important to me because I feel like what Extratwopercent has planned will shift the music industry as a whole and how artists can see they deserve to be treated while companies still get what they require from the music.

Delly: Shows Unity. It’s a homegrown project. The project is a reflection of the new wave of brown-owned, artist-friendly, music business. I want to be a part of the change so that we can create a new future for brown/native artists & artisans alike. 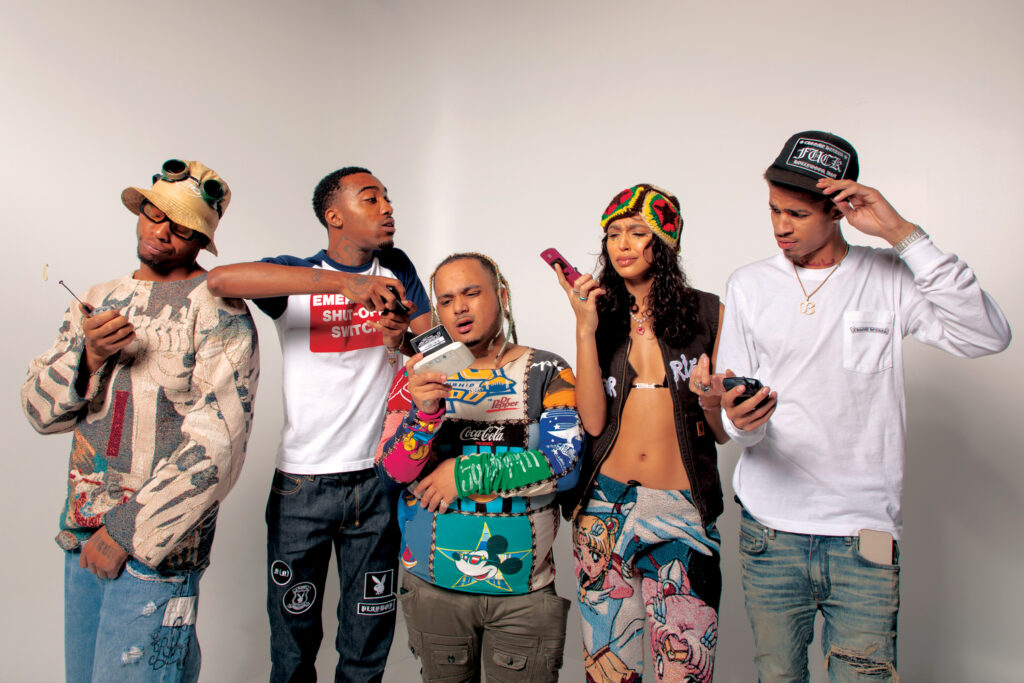 The Knockturnal: Was it fun collaborating with so many artists for this project?

Nessly: It feels like what should be done. Artists must collaborate to expand their sounds.

Delly: Of course we was living luxurious, gassed up. Black SUVS, 5-Star Eats like stars are supposed to do. It created and set the vibe of the tape. Hustle and work hard to receive the benefits life has for you. Whether that be luxury, balance, etc.

The Knockturnal: What else are you currently working on?

The Knockturnal: What’s one piece of advice you have for aspiring artists?

Nessly: My advice is never fall in love with your ideas. Always be willing to change.

Delly: Stop looking for the vision. Stop letting the vision come to you. Be the vision. Be undeniably you. Every thought is Fire. Every song is a million-dollar song, billion dollars, priceless. It’s your expression. Master YOUR Art of Communication, cause can’t nobody say what you have to say like you can say it.