Prospect 5 New Orleans is proud to announce the official artist list for the 2020 iteration of their internationally acclaimed triennial Yesterday We Said Tomorrow. Curated by Artistic Directors Naima J. Keith and Diana Nawi, the exhibition will feature artists based in the United States, the Caribbean, Africa, and Europe, and take place in museums, cultural spaces, and public sites throughout New Orleans.

The exhibit title is drawn from New Orleans Jazz musician Christian Scott’s socially conscious 2010 album Yesterday You Said Tomorrow. “We changed ‘you’ to ‘we’ because we wanted to be more socially conscience and inclusive of both the artist we represent and the culture we intertwine” said Nawi. The exhibit will address the social body and the individual suggestion the deferral of structural and political change of our current political climate.

The 50 strong Artists will include Laura Aguilar, Latrina Andry, Keni Anwar, Felipe Baeza, Kevin Beasket, Rob Bechet, Sky Hopinka among many more prominent names. The majority of artists featured in Prospect are producing major new works, whether in the studio for those working in media such as painting, drawing, printmaking, and installation or in the city and local communities or cultural insertions.

Many of the projects interact with the history of New Orleans, a history that is emblematic of the country itself. The Neighborhood Story Project (founded 2004), are working with women healers, religious leaders and spiritualists from New Orleans to present their individual practices through a dynamic, multimedia presentat8ion that includes photography, music and altars.

“Prospect 5 will be a deeply thoughtful and exploratory chronicle of a city in which historical legacy impacts contemporary reality in exceptionally unique ways,” says Nick Stillman, Executive Director of Prospect New Orleans. 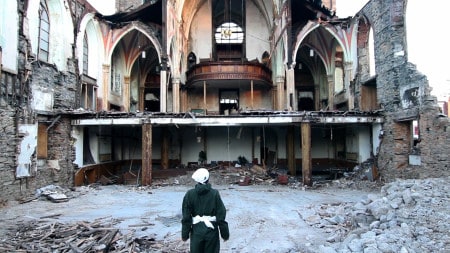 Marina Dojchinov is a journalist, editor and gallerist living in New York City. She is a self confessed work-a-holic, and has a unruly addiction to caffeine. Her work has taken her all over the globe, with numerous key-note speaking engagements, and guest lecturing at universities world wide. www.marinadojchinov.com

The Metropolitan Museum of Art Unveils the New British Galleries