Annika Connor shared her slice of artistic quaran-time via Zoom conference on Thursday night. The virtual gallery tour featured thoughtful watercolor and oil paintings, some of them still in progress, a waterfront view, a barking dog, and many reflective moments.

The Zero Experiment was originally conceived by young entrepreneur and art curator Marina Dojchinov as a traveling gallery with a speakeasy aesthetic. Since the COVID-19 crisis began, it evolved to host virtual gallery tours featuring a different artist and charity every week. The format of events may have shifted, but the intention remains the same – bring the artist community together in a novel way and keep the tradition of Thursday night gallery hops alive.

The evening started with an acoustic musical performance by photographer and musician John Mazlish. His song is upbeat, with a mild bittersweetness. His voice strains slightly from what must be a lifetime of singing. I think back to musicians at the park playing just because, and ragtag bands in local bars. It’s a lovely performance.

After we applaud, Marina introduces Annika Connor, a Contemporary Romantic painter with a side job as an actor who also has her own clothing line, voice acting credits, and a book. Talk about a resume.

Regardless of her many other creative loves, painting remains Annika’s rock. Her work often features strong symbolism and feminist themes, but spans a range of eye-catching imagery. She takes us through her current space located in the Hamptons, away from her usual Brooklyn studio. 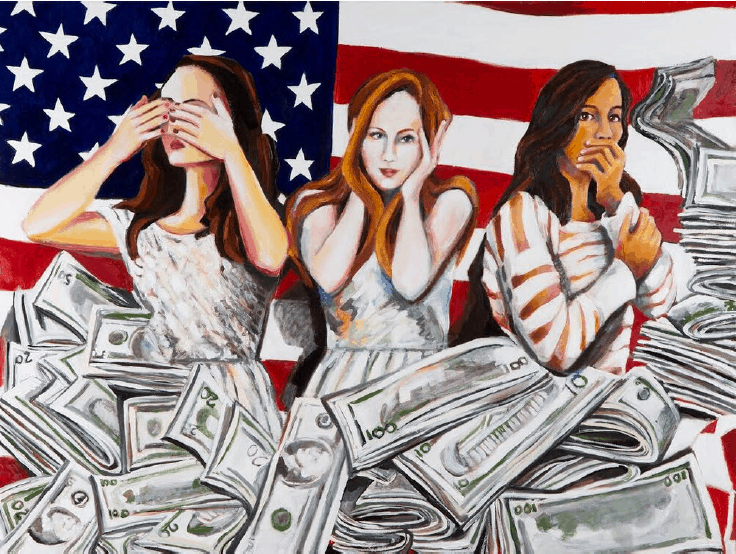 There’s no way to recreate the real-life experience of touring an art gallery at your own pace, balancing complimentary table wine on one hand and complimentary cheese in the other. So The Zero Experiment goes for something new to leverage the advantages of a virtual platform. The Zoom call, where everyone must occupy their own equally-sized video space, lifts the veil between artist and audience.

We see the studio through Annika’s eyes and linger on the pieces she lingers on herself. We pan past a triptych of seagulls, a girl standing barefoot in a wood, a woman with balloons. She passes by a few paintings of modified road signs. They’re part of her “Sign of the Times” series. One of them, a red and white Do not Enter sign, instead reads “DO NOT DESPAIR.” 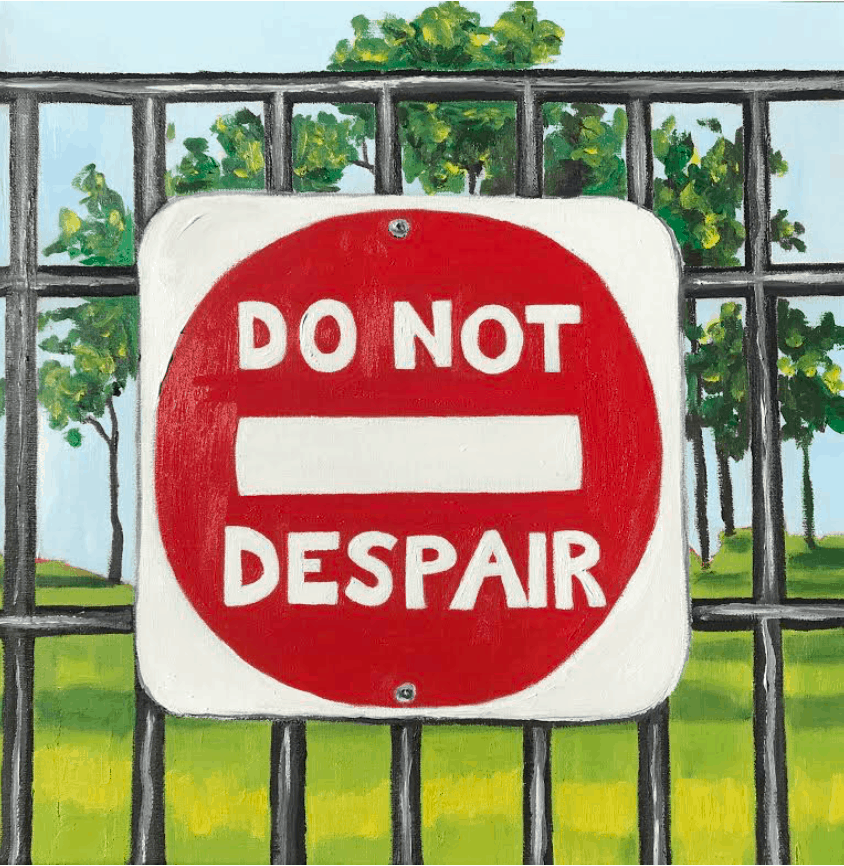 “Do Not Despair” by Annika Connor

Her most compelling work during this moment is her current series titled simply “Alone Together.” The paintings, based on photos crowdsourced through Annika’s network, depict real scenes from isolation, showcasing moments of despair, difficulty, and resilience. In one, a young woman in a dress stands with her hands pressed against a window watching a quiet city. In another, a child and parent nap together in a rare moment of peace.

Annika briefly explains the inspiration she finds in each image, giving us a peek into her artistic process and musings. Maybe yesterday it was the swans drifting along the waterfront. Tomorrow it could be the way the wind gusts through the trees in the yard. Today, it’s the deer in the yard that Annika’s service dog Davis barks at. In every painting, she finds the hidden joy in her subjects and lets it shine through. A critical practice for these times. 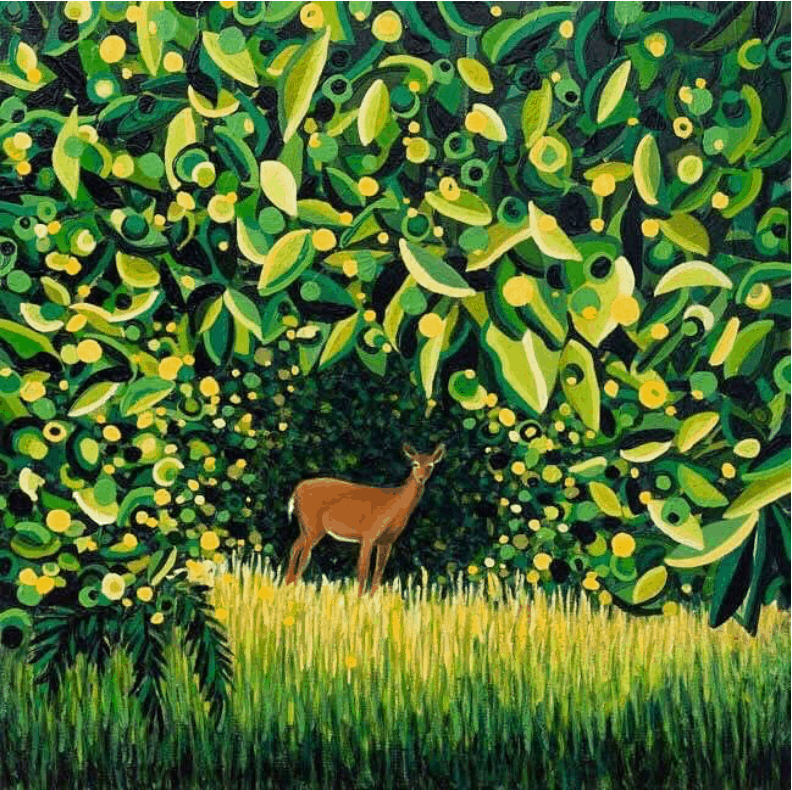 If you’re curious about Annika’s work, click here to learn more about her or contact The Zero Experiment for a pricing list. 20% of proceeds will go to the SAG-AFTRA COVID-19 relief fund. The fund provides emergency financial assistance to SAG-AFTRA members in need. Please also consider donating directly here.

If you’d like to attend a virtual gallery event yourself, check out The Zero Experiment’s website for more information.

Jay Robinson Teams Up With Idris Elba On House Hit, “Know Yourself”