OK, listen. I’m gonna take some heat for this one, because I have some hyperbolic things to say. 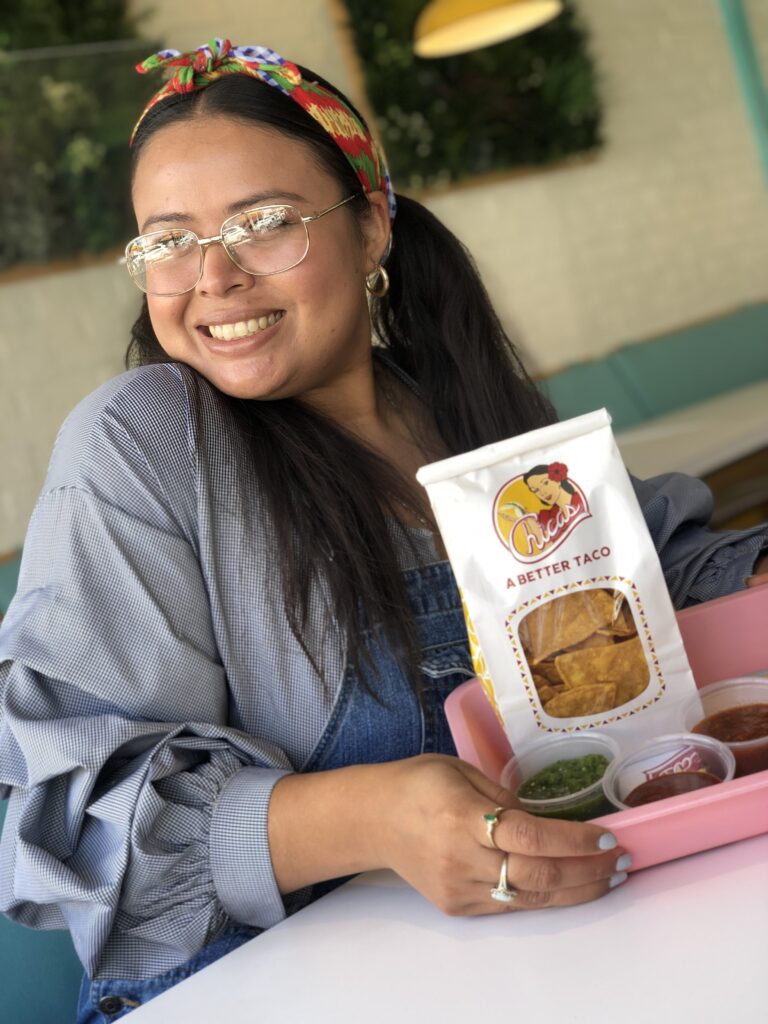 Has there ever been a better day?

As we all know, LA is a taco town. In fact it’s THE taco capitol of these here United States. As such, I have had millions. I also live in Boyle Heights, where some of the world’s best tacos are made. All that said…Chicas makes the best tacos I’ve ever had. Officially going into witness protection. Taco opinions start wars here!

Launched in 2016 by brothers Chris and John Blanchard, Chef Eduardo Ruiz and Nicolo Rusconi, they just last year opened a wildly popular Culver City location, then followed that up with a très cool Beverly Grove location, then ANOTHER on La Brea. Talk about growth.

They specialize in Northern Mexico-inspired cuisine with a Southern California flair, and best of all, they take smart risks throughout their expansive menu.

I was fortunate enough to swing by the Beverly Grove spot with my dear friend Beatriz Moreno. We showed up excited and in kind of a silly mood: two people from the hood reviewing tacos in Beverly Grove. We made it!

And thank heavens we did. First off, the design of this place is lovely. The pink and aqua motif, ‘Eat-at-Joe’s’ style vintage signage, and industrial light fixtures make you feel like you’re in a time warp: 1950s American iconography and Baja-inspired pops of color. 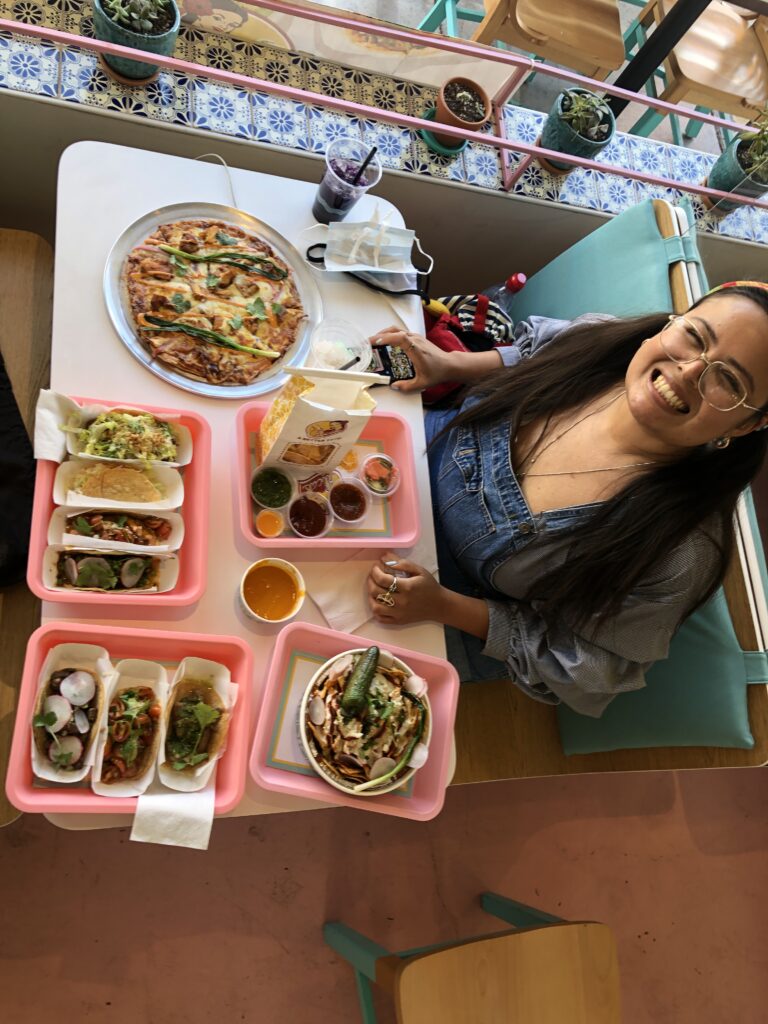 And now ze food. We tried seven tacos, each alike in dignity. My favorite was the braised pork taco chile verde con verde with caramelized onions, an absolute bomb of succulent flavors. You know how sometimes you eat something new and it sort of has to grow on you, like an edible arcade fire album or something? This taco is not like that. It’s love, immediately. 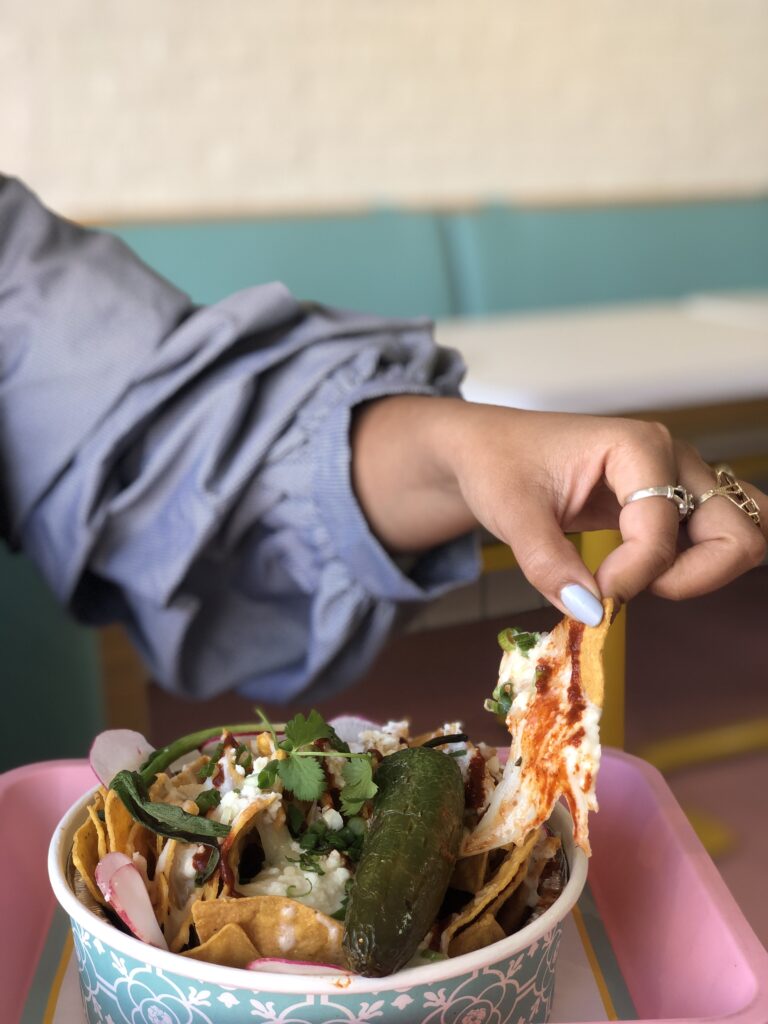 Nachos worth their weight in gold

Chris says the taco he’s ‘most proud of’ is their beer-battered fish taco, and lord, I see why. It marries classic Ensenada-style with an unexpected flourish: a Cesar salad on top. I had no clue cesar salad was invented in Tijuana in 1927. Chris came through with the facts, yall. 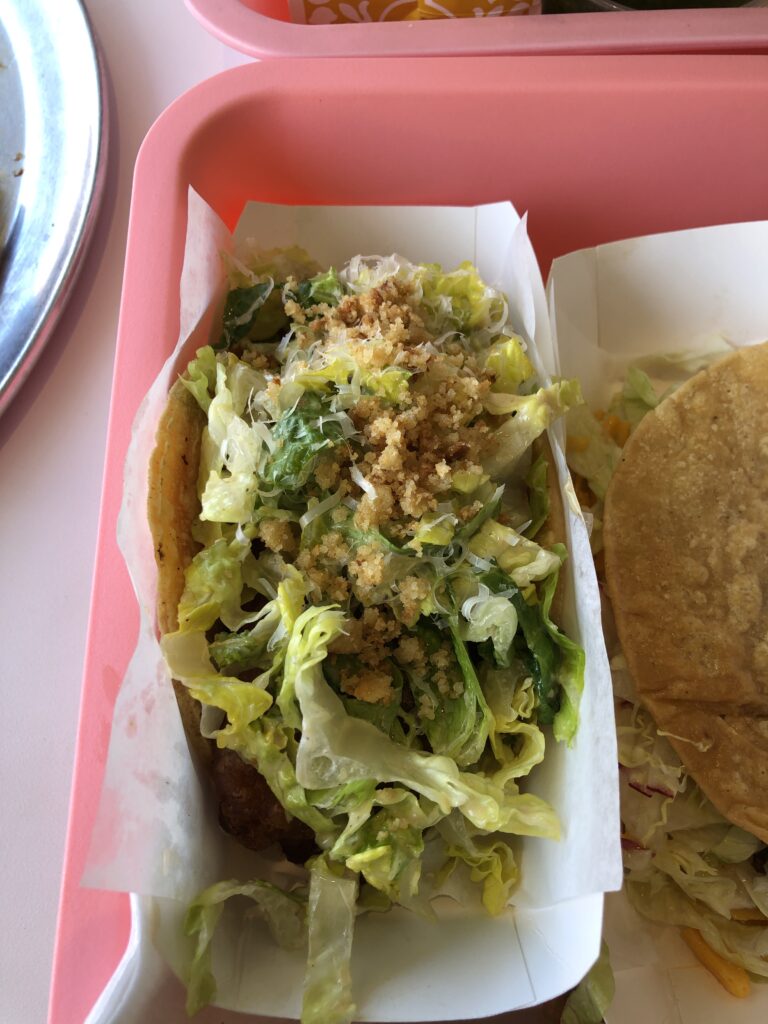 You will never find a taco closer to my heart, except for the pork taco at this very restaurant

This isn’t just about trivia, though. This taco hit. Like HIT hit. I’m sort of partial to fish tacos, and have had thousands, but this one takes the cake for its delectable flavor and inventive construction. Shawty thicc.

Next up was the impossible taco, which did in fact slap. This one’s served on a crispy hard shell with neon-bright daiya cheese, an ode to the tacos your parents would make when they wanted to switch things up on you. Who didn’t love taco night? I miss my family!!! 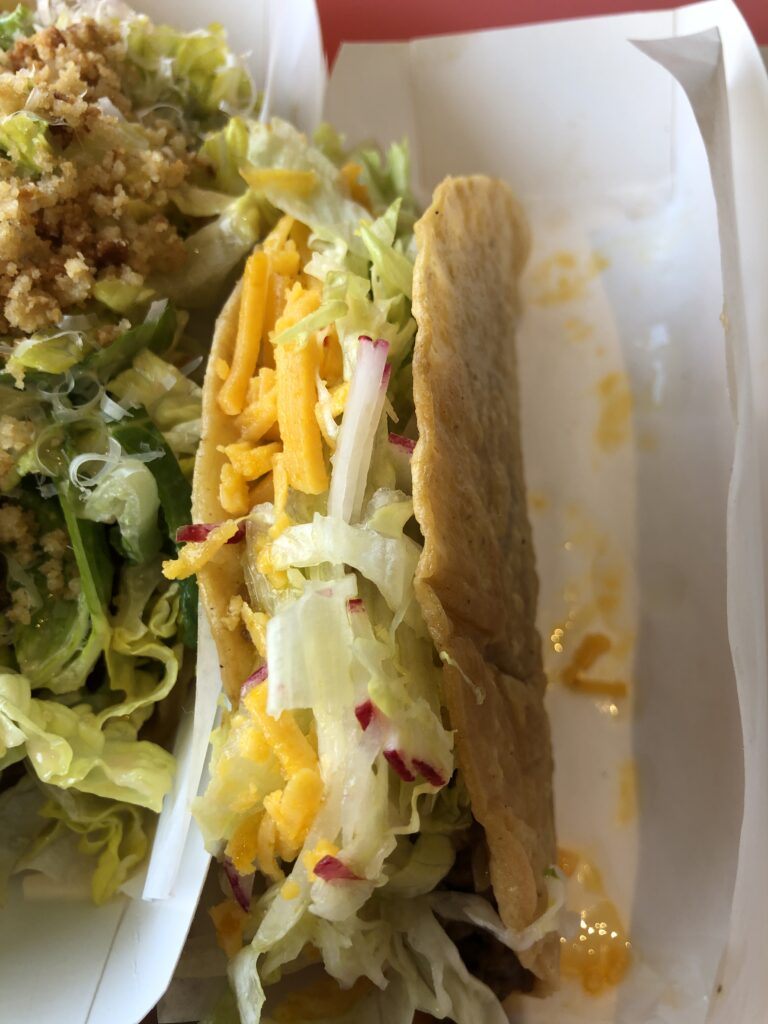 I could sing the praises of every taco here, but as I’ve said in previous reviews, if I do that there’s no TENSION. There have to be stakes!

Massive shoutout to their morita salsa, which is smoky and mature and elevates everything it touches. I’d also like to highlight the chipotle barbecue chicken pizza Beatriz and I absolutely housed, which is made with two 12” flour tortillas. Absolute madness!

We also really loved their tortilla chips, which are sourced from La Princesita in my neck of the woods.

Service was impeccable and super-friendly, and I left happier than when I arrived. Bless my heart!