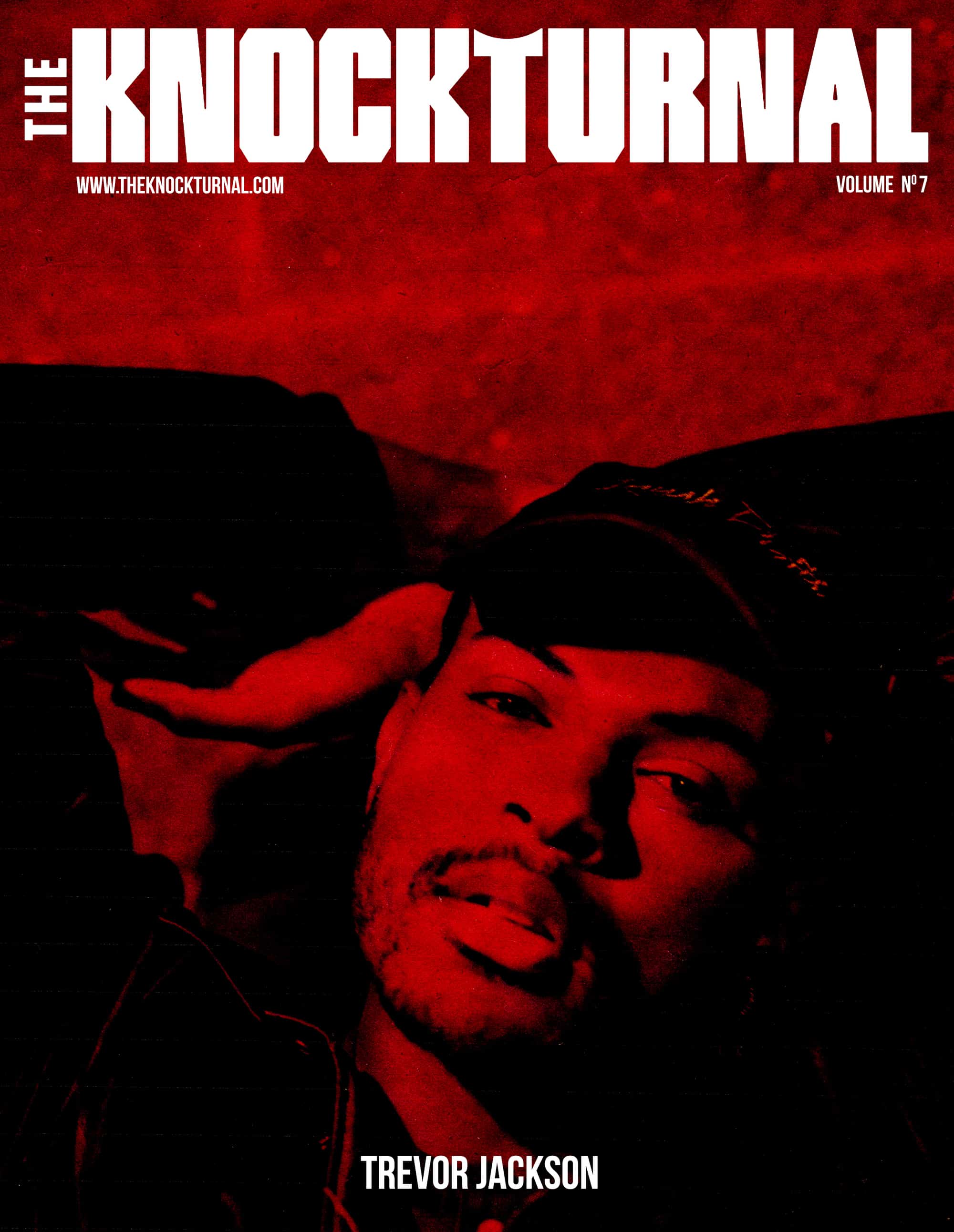 21-year old Trevor Jackson has an already impressive resume that’s beyond his years; and the most exciting part about his journey is that with all this incoming success, it’s only just beginning.

As he walked into the room full of humor and vibrancy, I had an instant warm feeling about how our conversation would go. Previously having known Trevor solely through his acting roles and music, I didn’t know what to expect. However, what our sit-down showcased is the many layers that make up Trevor Jackson, from being the jokester, to showcasing his vulnerability and being authentically expressive through his art. 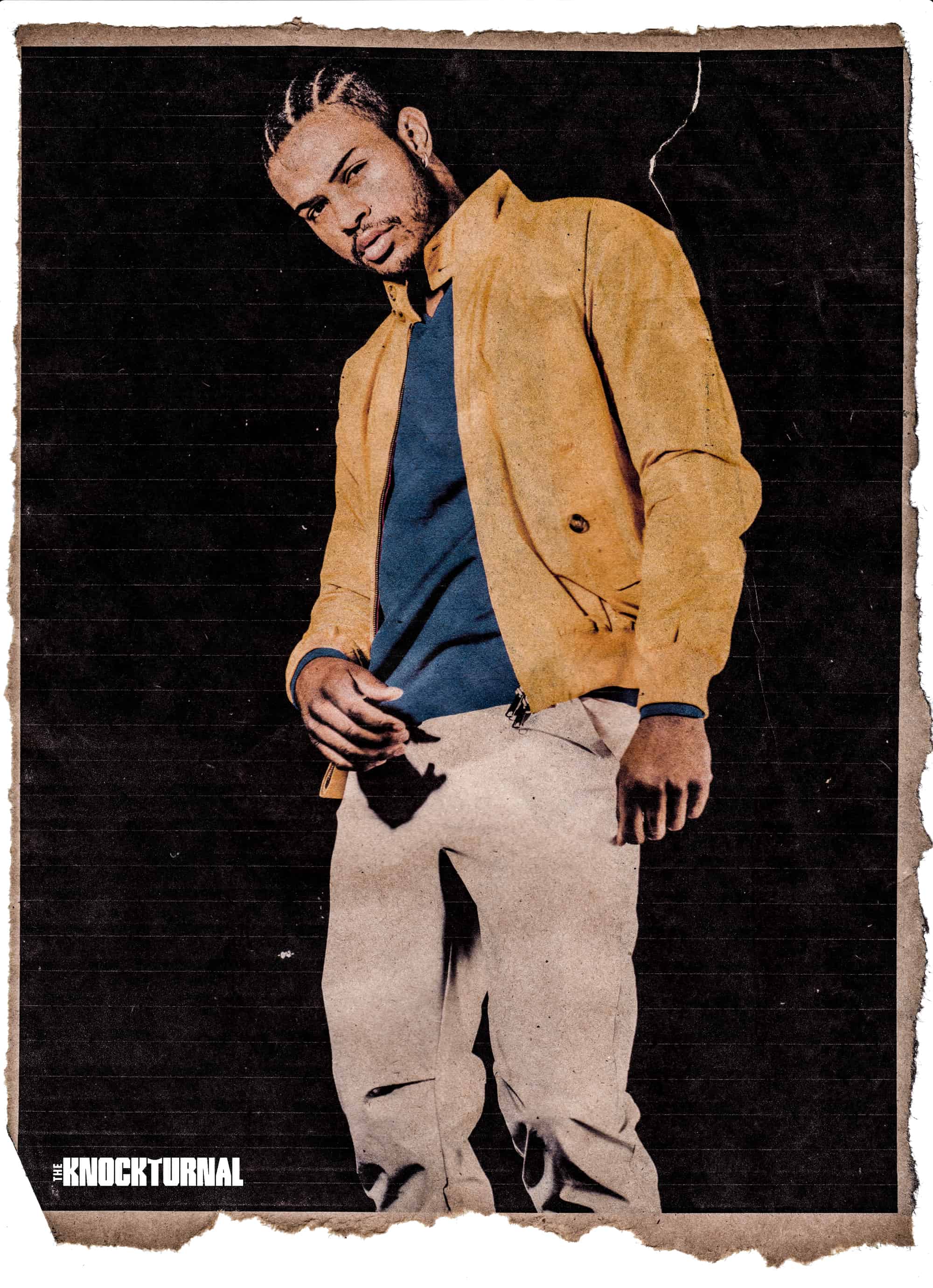 Creating with integrity and substance is a priority for Trevor, which is an approach that one hopes many others will openly advocate for as well.

Coming off his tour with Justine Skye, starring in the Superfly remake directed by Director X and prepping for Season 2 of Grown-ish, Trevor Jackson is on the come-up and a young force to be reckoned with. 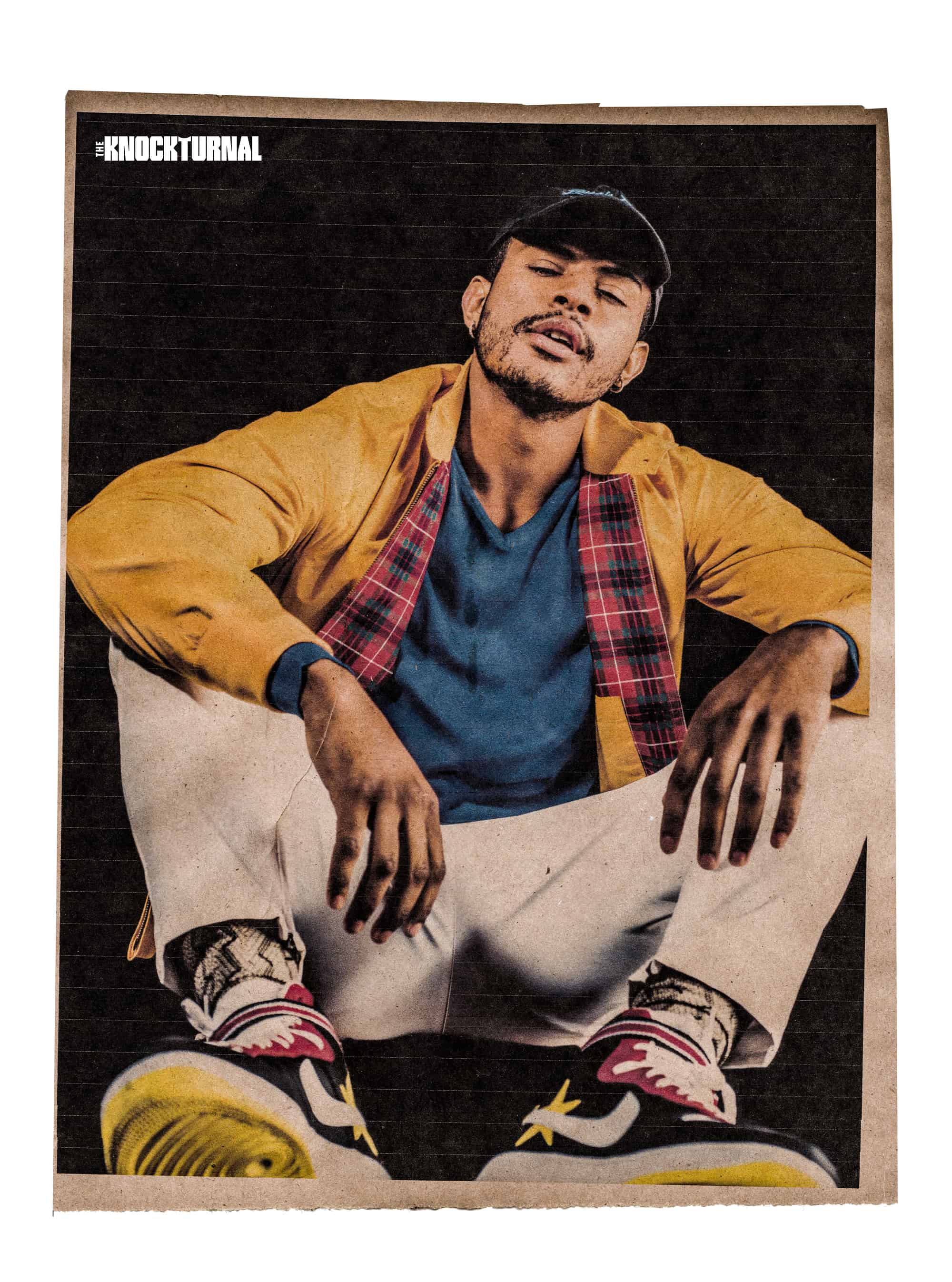 Rough Drafts Pt.1 is the title of Trevor’s latest album. Honing his artistic frustrations and opening up about dealing with love, pain and heartbreak. The rawness in this project is undeniable. Trevor really takes us there. We hear the good, the bad, the ugly and most importantly, the real. There’s something special about listening to an album that reflects authenticity. Even from just the title of the project Rough Drafts Pt.1 – Trevor is letting his fans know that creating is a timely process that doesn’t have to be perfect from the first, second or third-go; as long as it’s expressive and authentic to one’s artistic journey.

Listening to Trevor’s 15-track project, there was a lot of sensuality expressed in songs like “Right Now” but also some therapeutically raw reflections in songs like “Think They Know”. When asked about the sensuality and rawness expressed, Trevor says: 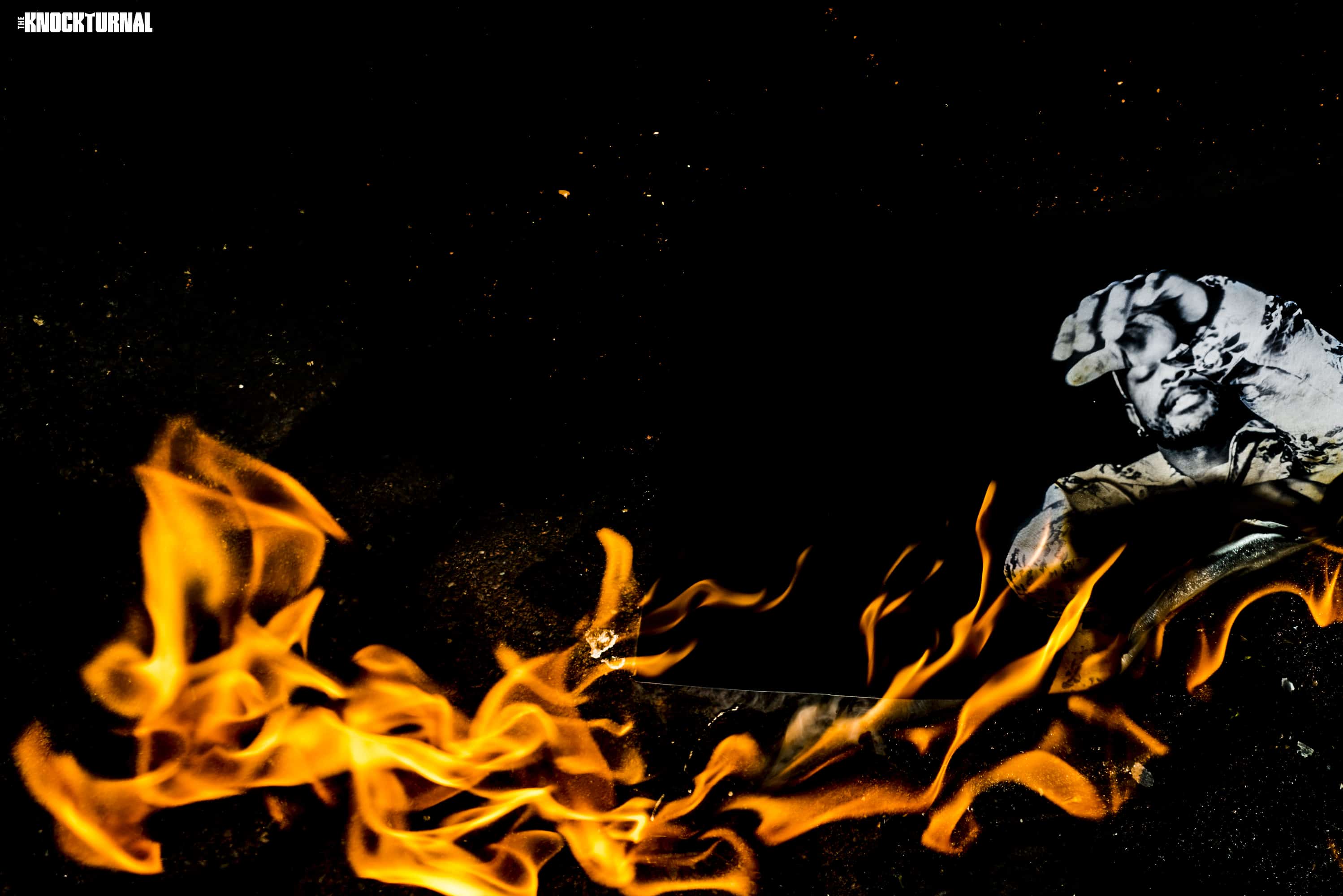 “I feel like sometimes those kind of fall hand in hand. You often find a person or anybody that you kind of enjoy being around and that kind of is your therapy then. But, the therapeutic part was because I was very frustrated as an artist.” 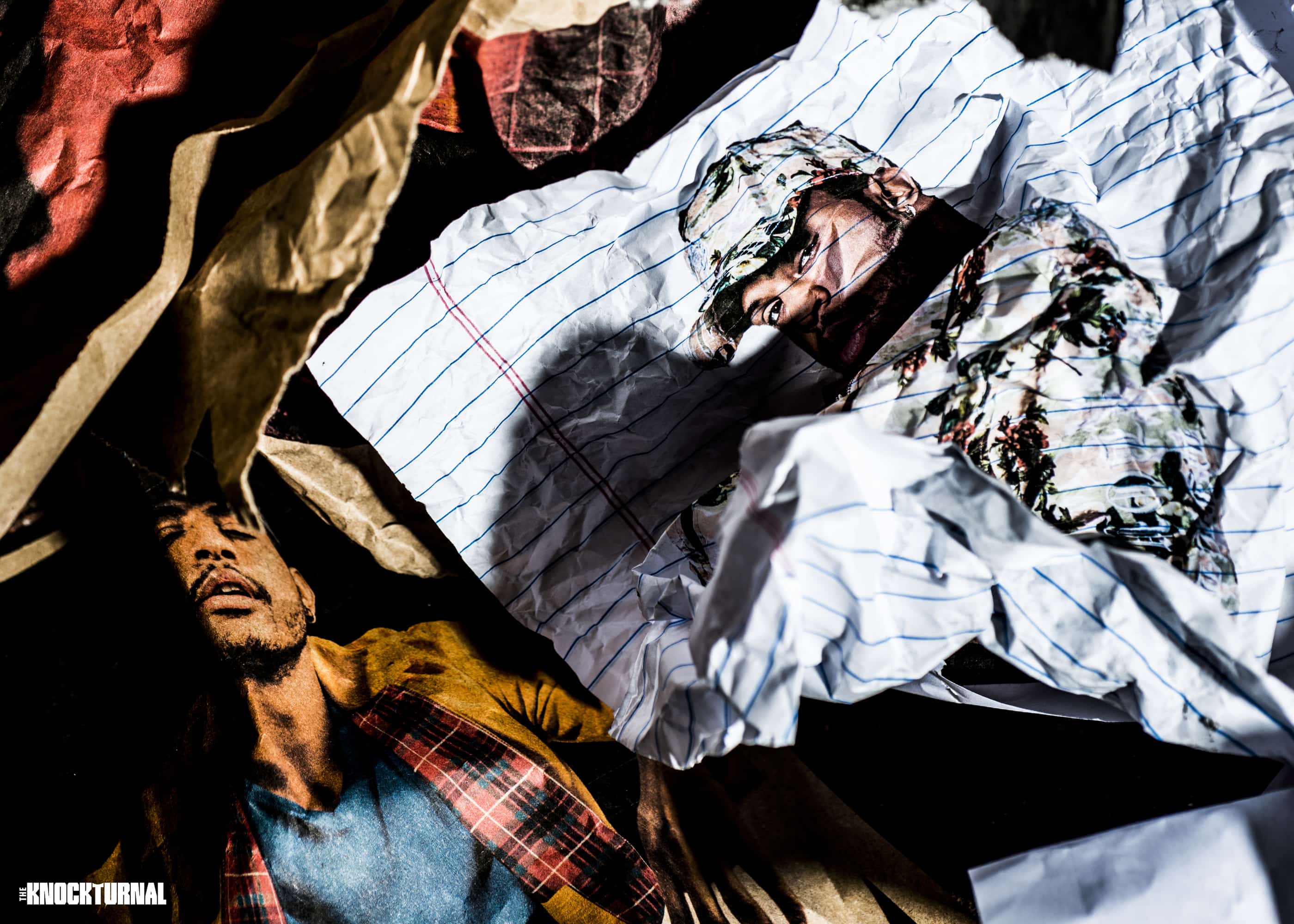 The frustration is understandable, especially for someone who has been doing this for a long time. Trevor has been in the entertainment industry since he was 8 years old. From tap-dancing to being in The Lion King for 3 years, to signing to Atlantic Records at 15, to where he’s at now, being on Grown-ish, the Superfly remake, releasing his new album through EMPIRE, and even directing the music video to “Apocalypse” off the album. It’s definitely been a long, yet rewarding journey.

Having recorded all the songs off the album in the comfort of his living room, Trevor’s doesn’t shy away from being as open as possible. In every song, he’s sharing a personal experience and giving his fans a story to unpack. Even in songs that are more upbeat and could maybe feel less-lyrically-driven, there’s still a story or a lesson to be heard there. In his song “Lituationship” – from the title – one could infer that it’s one of the more “lit” songs, and it definitely is. Trevor elaborated on the inspiration behind the song and says: 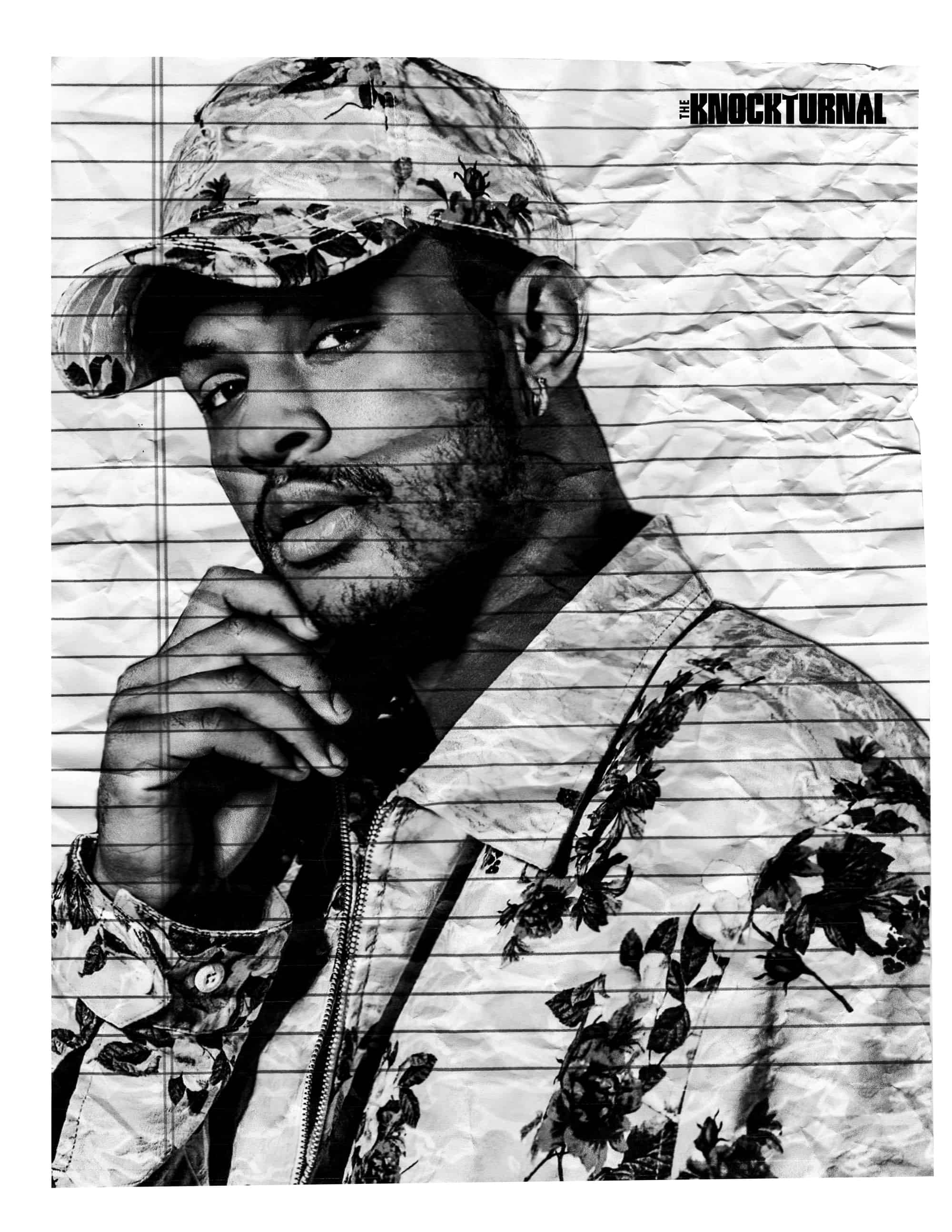 “I had some situations going on where I can only enjoy these people’s company if I was lit. We had a party and the minute that I was sober and we actually had conversation – it’s like I don’t like you at all. We have nothing in common, this is horrible.”

Trevor has been through a lot of growth over the years. Parallel with his personal growth, the intro to Rough Drafts Pt.1 album was a track titled “Cover Page” that sheds light on the negative voices and opinions that Trevor had to deal with for so long. He expressed how he would be around people who would say things like – “stop,” “you suck,” “you’re not good enough,” and “you should just stick to acting, people don’t believe you’re good in music, why would you try and prove it”.

Despite the negative voices, Trevor continued to prevail and says that “anything that I do that I’m afraid of, even if I’m afraid of it, I’m still gonna do it. It’s the act of doing it that pushes you through.” What kept him going was writing and creating, and if he listened to those negative voices, he would have never released this project. 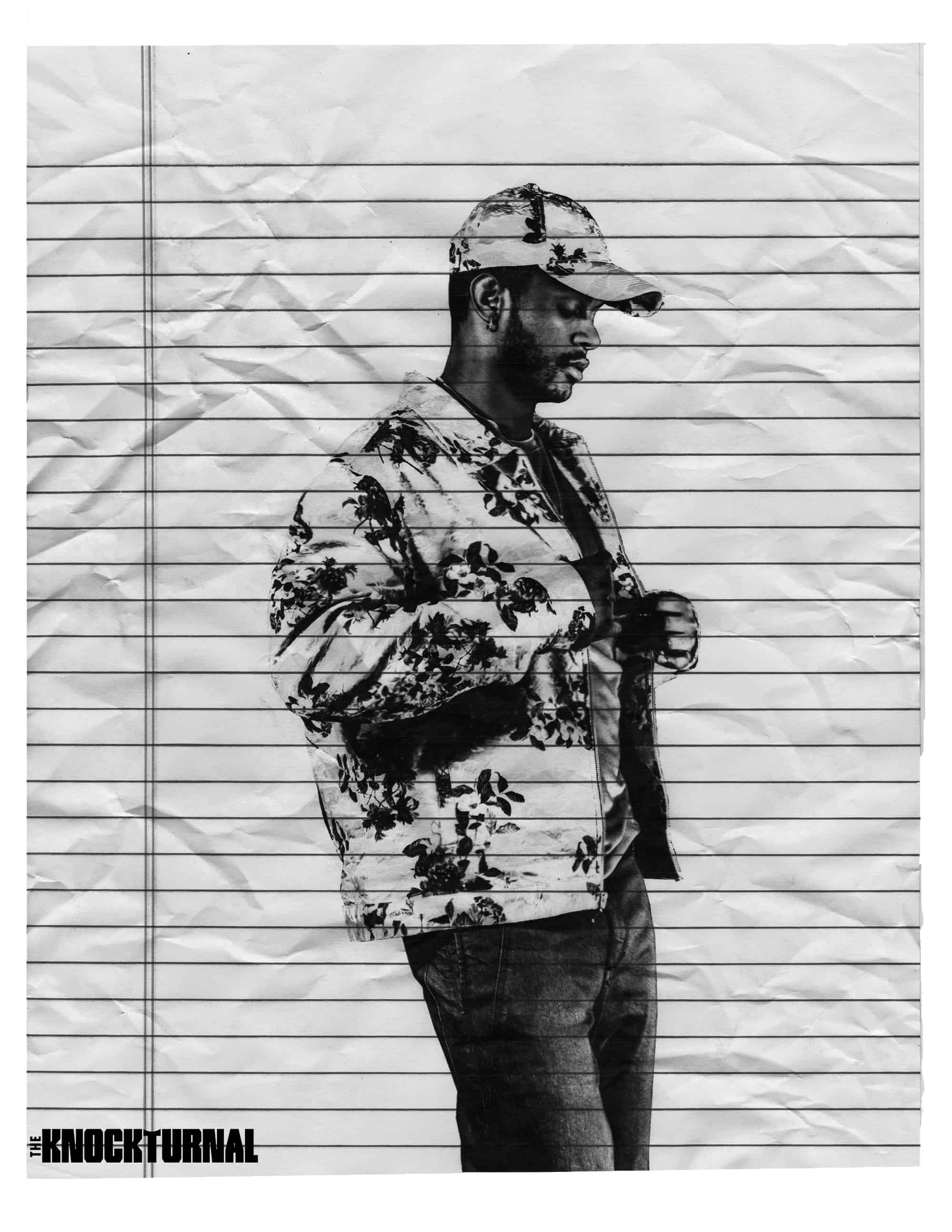 Trevor isn’t just singing on this album and if you follow him on Instagram you would know that his talent extends to playing the guitar. He initially picked up the guitar only last year, mainly because of one of his biggest inspirations, the iconic, Prince. On Prince, Trevor raves: “He just wanted to be true to himself, he wore what he wanted to wear, he sang what he wanted to sing, played what kind of songs, it wasn’t “Oh I’m making a rock song or an R&B song” he just wanted to make real music that he felt.” Trevor admitted to playing the guitar for almost 5-6 hours and just getting lost in the process of making music. For an artist like Trevor, the guitar is an expressive outlet where he can experiment with sounds, melodies and freely/infinitely create: “I feel like when you sing, you sing so much, your voice gets tired and you could literally sing with a guitar. I could save my voice and I could still come up with melodies, write songs on the guitar so it’s been a great attribute.”

On  “27:17” Iyn Jay is talking directly talking to his brother Trevor, and giving him some genuine words of advice. Trevor describes his unique relationship with his brother and says: “I feel like especially us as black men, it’s hard for us to really uplift and love each other and I feel like it’s something necessary that I wouldn’t have been able to do what I did if I didn’t have my brother to be like ‘yo you’re good, you’re doing the right thing’ cause so many people tell me that I’m not.”

When it comes to balancing both his acting and music career, Trevor doesn’t seem to prioritize one over the other, but rather successfully balances both. 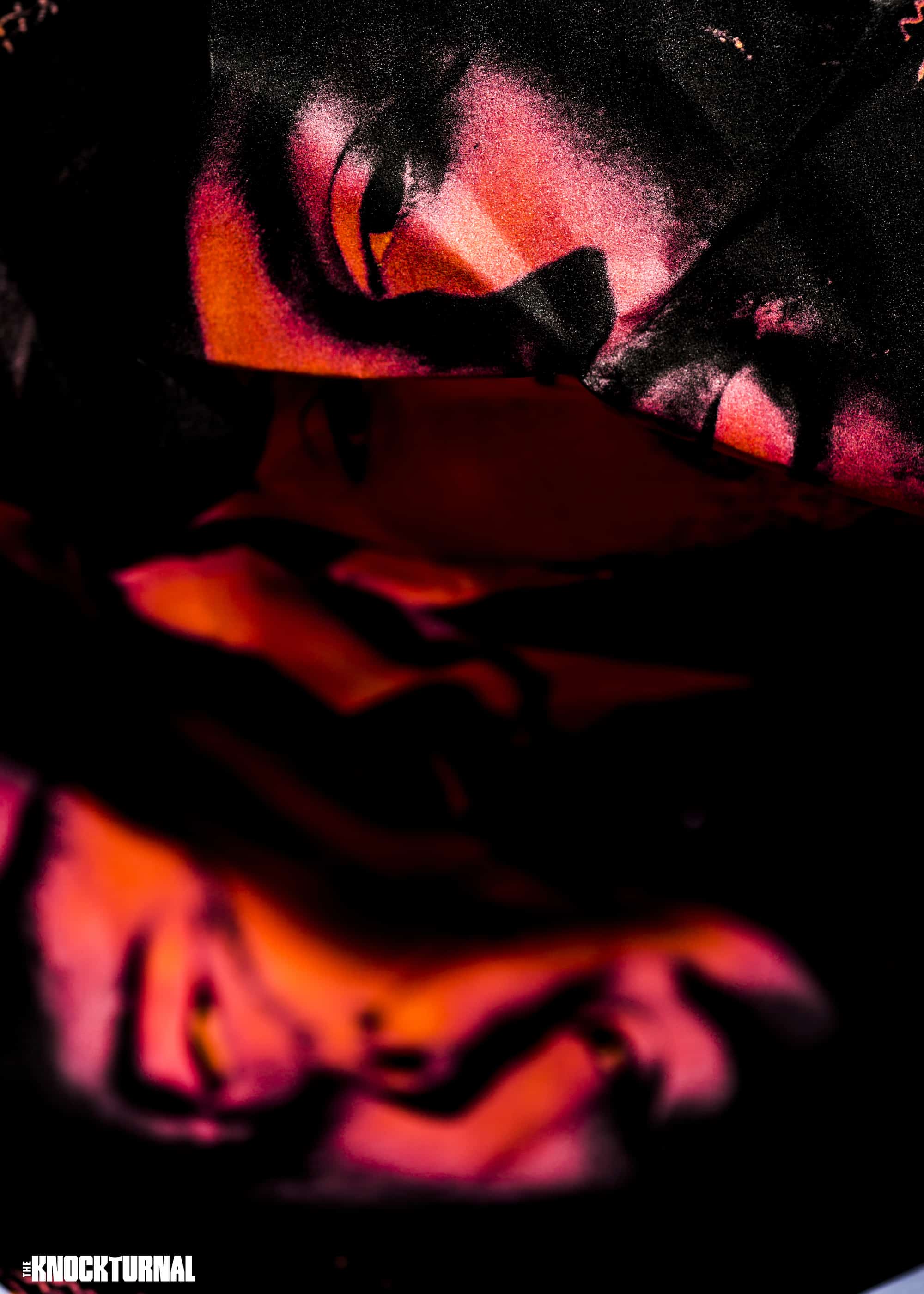 For so long, Trevor has played more serious characters and had darker acting roles. When asked about that shift to a more lighthearted character (Aaron) and fun show (Grown-ish), Trevor let out the most hilarious sigh of relief as he stretched his hands and breathed out the stress. He wanted his next role to be more joyful. And there came Grown-ish:

“I wanted to do it. I was like I wanna do some Will Ferrel, Seth Rogen type stuff and Black-ish is genius and funny. I just get to go and be myself and have a good time, and laugh all day and eat. That’s pretty much all I do is eat, I just eat so much and I just do it because I’m sitting there and there’s a whole thing of food c’mon man I wanna eat it.”

Trevor hilariously elaborates that his frustration with the abundance of food on set is because when he eats too much and he needs to take his shirt off in the following scene – the bloated look is not the sexiest ‘Aaron’ look. Trevor jokes that when there’s a ‘take your shirt off scene’  his reaction is “maybe next week” and to probably hit the gym.

Grown-ish is a show set in a modern-day college starring some of the coolest Millennial/Gen-Z personalities – including Yara Shahidi, Chloe & Halle, Luka Sabbat and more. The show showcases some  typical college scenarios ranging from love, drugs, friendships, parties but also showcases the young political activists and true individualistic diversity. Trevor actually plays Aaron who is a prominent #BlackLivesMatter activist on campus. When asked where he thinks Aaaron would be next season, Trevor says: 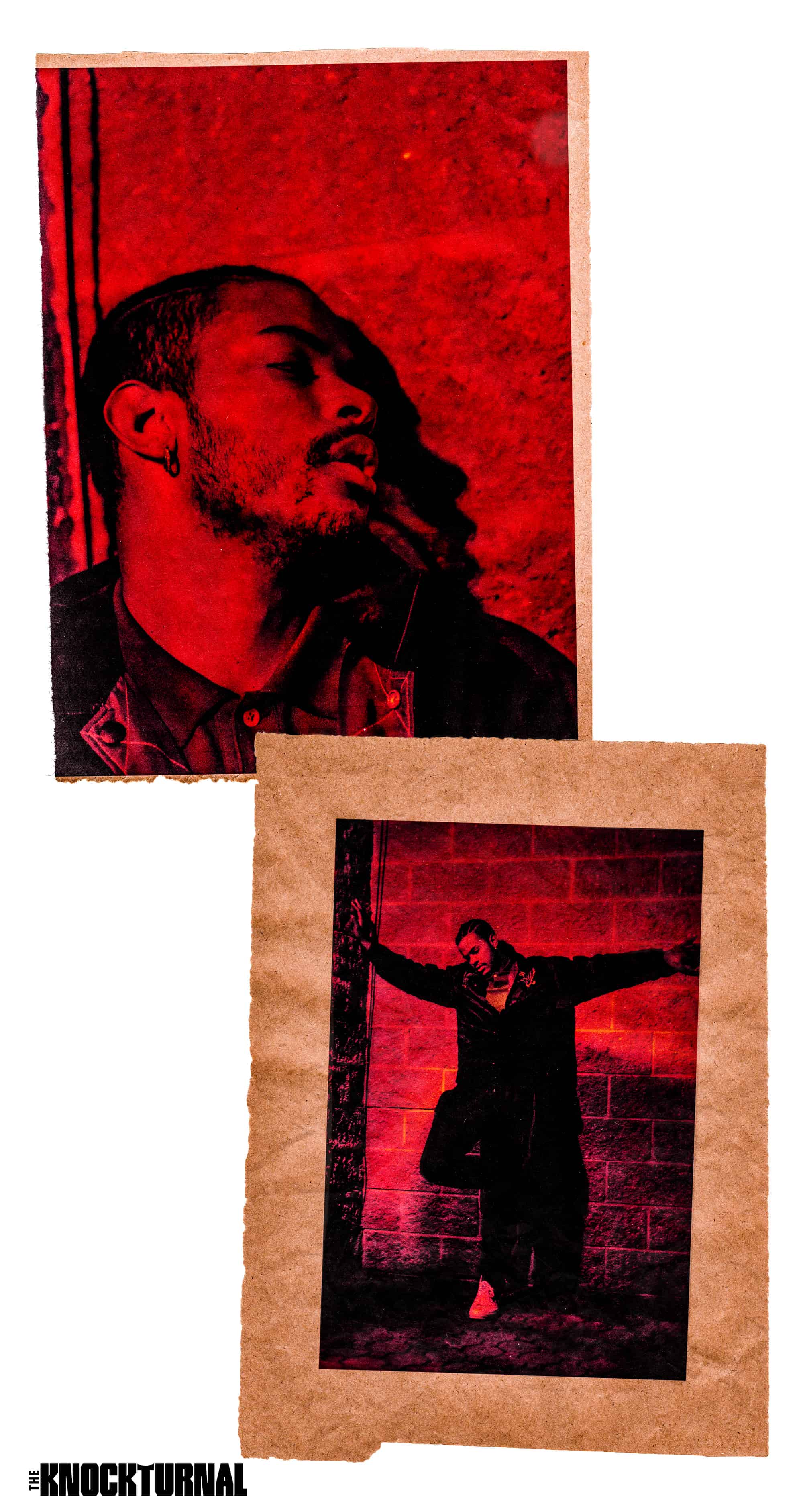 One of the most exciting new projects awaiting to come out for Trevor is the fact that he’s starring in the new Superfly remake directed by Director X. Trevor did his homework and watched the original Superfly (but apparently way earlier thane expected) as he says: “I was forced to watch it with my father when I was a younger man, not old enough to watch the movie but my dad let me watch it.” Trevor got called into Joel Silver’s house and recounts the moment he knew he got the role:

Whether it’s music, acting or some more directing, there’s no knocking Trevor’s hustle. I’ll leave you with some words of wisdom from the man himself. I asked him what piece of advice he would give to those who follow him. What he said were words that in all honesty, I myself needed to be reminded of and hear just as much.

Here’s to creating without fear. Even if the fear resides, create through it. Keep an eye out for Trevor Jackson and all that he’s about to take over next.

Exclusive: We Catch Up With Wendi McLendon-Covey