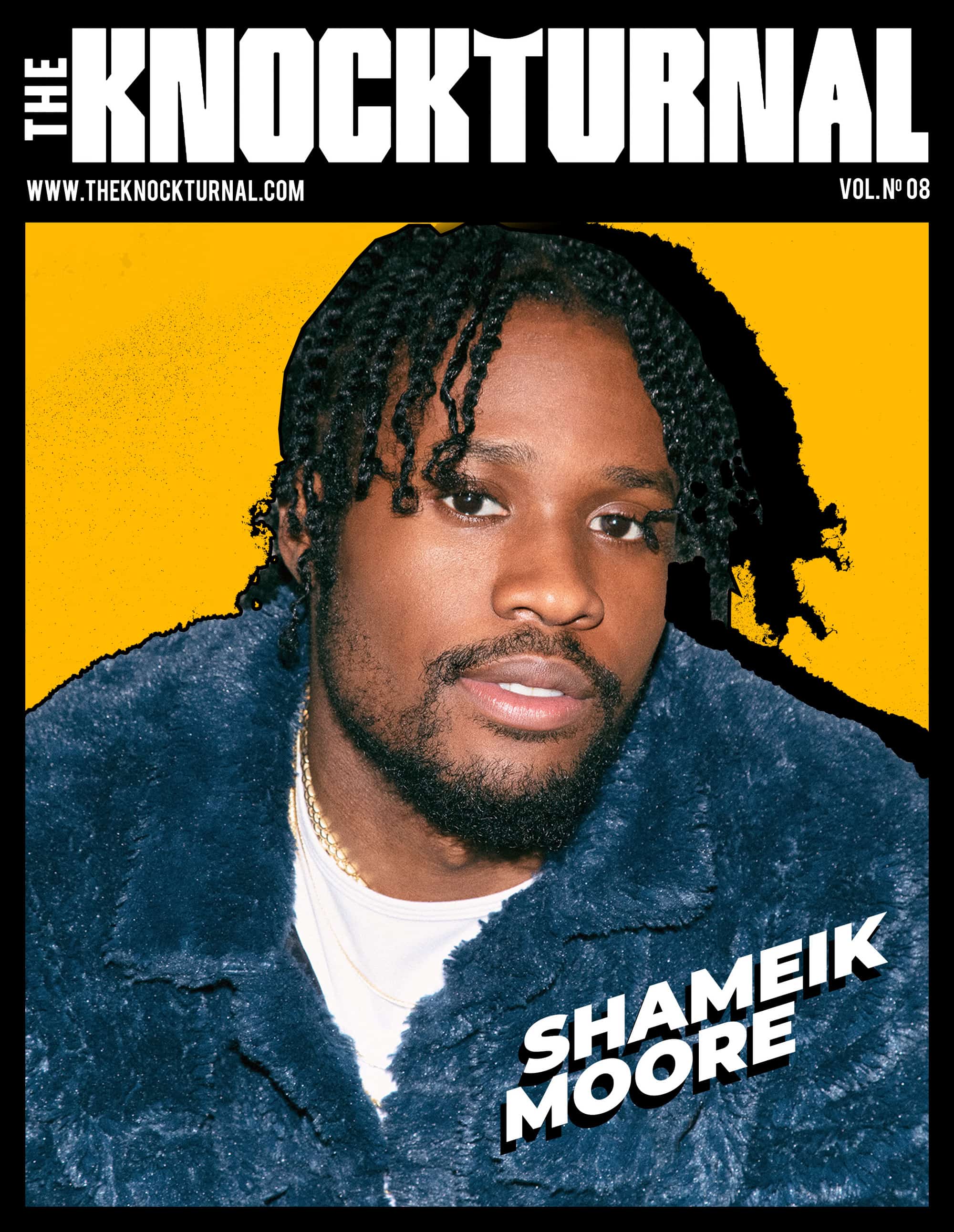 Swinging into theaters on December 14th is the latest incarnation of one of the most iconic Marvel superheroes created by the late Stan Lee, “Spider-Man: Into the Spider-verse.” 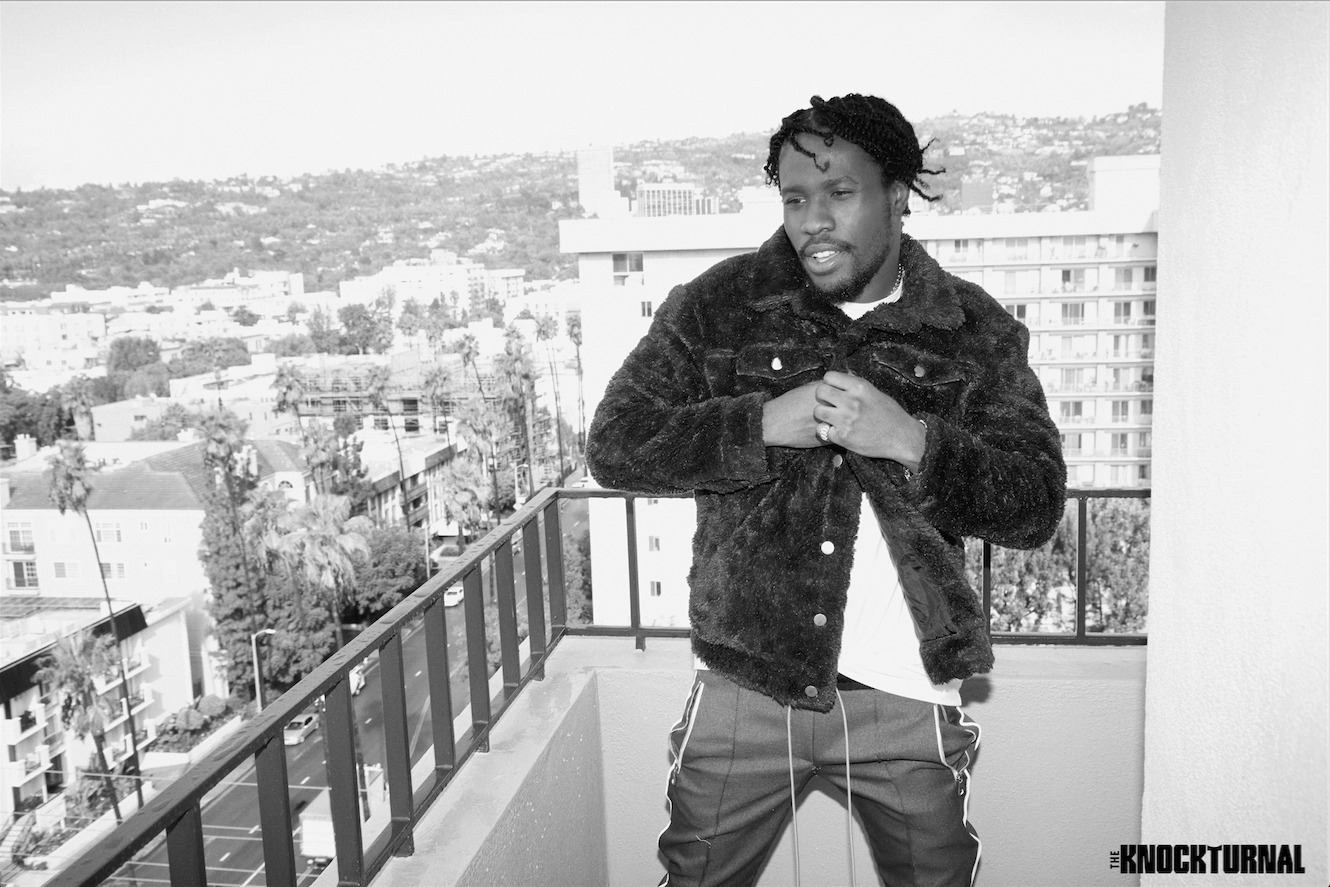 The new animated film from Sony Pictures Animation will introduce a whole slew of different spider-men, ranging from Humphrey Bogart-esque Nicolas Cage to a pig, as they band together to stop a plan led by the evil and sinewy, Wilson Fisk. At the center of this Spider-verse is New Yorker Miles Morales, who becomes a new Spider-man after, you guessed it, getting bitten by a radioactive spider, and decides to join the fight. We took a moment to talk with the voice behind Miles, Shameik Moore, about how important, and impressive, this new Spider-Man film is and how he personally related to Miles.

The Knockturnal: How familiar were you with the story of Miles before the movie came about?

Shameik Moore: I was not familiar about his whole life per se, but I was familiar with the character. I saw an earlier appearance for the character on a show and I don’t know … I just like Miles Morales. I like his story, I like him, and I felt I was him when I looked in the mirror.

The Knockturnal: When compared to Peter Parker and other Spider-Men, I feel like Miles is a pretty interesting version of him being that both of his parents are still alive. What do you think that adds in the character of Miles and what else about him makes him stand out amongst the other Spider-Men that have been out there?

Shameik Moore: Yeah, I think the whole movie answers that question right there. I think Miles Morales is a totally different person than Peter Parker. You know, he’s from Brooklyn and Peter’s from Queens. Miles is black and Puerto Rican, Peter isn’t. Miles has both of his parents– like you pointed out, Peter lost both of his parents and his uncle but Miles has all three. In fact, his uncle, he loves very much and he looks up to him. His parents are like the loving ones that also push him forward and make sure he’s you know put in the right situations. He is a creative soul. He likes to paint and what not, so I guess they have that in common too since Peter likes to take photos. The biggest differences are the upbringing and lifestyle. Culture is another big difference and the powers as well. Let’s not forget the powers! Miles can turn invisible, and Miles has this electric shock–the electric webs that shock; so yeah, he has those powers and Peter didn’t have any of those so that should stand out to people. 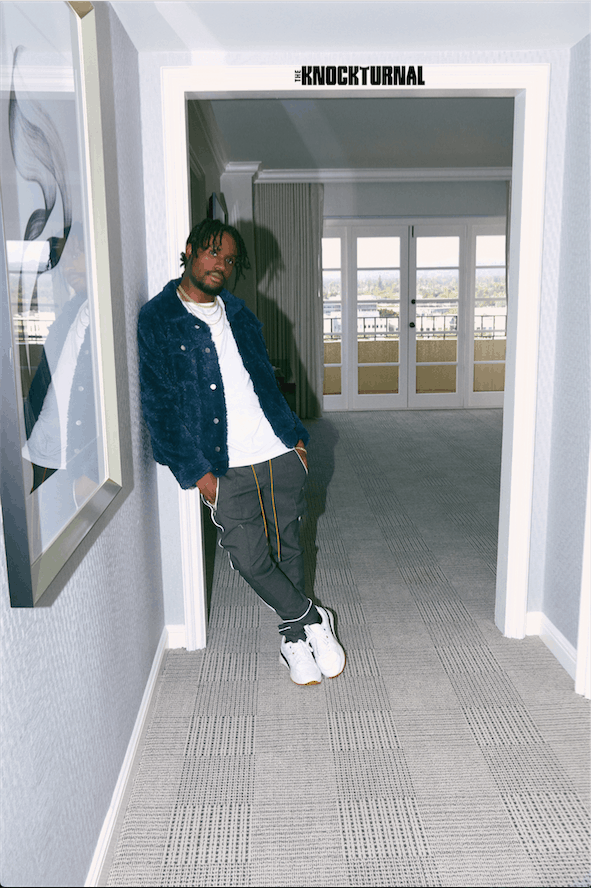 Shameik Moore: I really just want people to see the movie and be able to relate and feel like they learned something, you know? That’s really everything that’s on my mind about it to be honest. However, I’m thankful to be in a position to be working on that, to be a part of that story- of a change that’s happening in the world, you know?

The Knockturnal: Is there anything about Miles that you related to the most?

Shameik Moore: Our lives are so parallel you know? My mom and dad love me very much and are together, he’s being sent off to a school- that is a good school, but he doesn’t want to go there, he wants to go to a school up the block with all the people he already knows and grew up with. Now he’s going to this uppity school and it’s because he’s smart and all this other stuff. Just the same way my mom sent me to the Young Marines. She sent me to the Young Marines to tighten me up and discipline me because she thought it was good for a young man. I was also in an all boys military school and I was in a Christian school. I was sheltered before going to a public school so I can relate to those things. Plus, he’s a creative soul and I’m a creative soul. He was bitten by that spider out of a hundred and however many thousand people in Brooklyn, and I was chosen out of however many thousands of people auditioning for this character.

The Knockturnal: I know this film is mostly animation so what kind of prep work did you do before you got started for it?

Shameik Moore: I mean, we were just going over lines really. There were days sometimes where we would just have to find the “sweet spot” as they were writing it and they were animating around my voice. The preparation was doing the work I think.

The Knockturnal: I know the film has some very cool music moments, did you have any input there? When can we hear some new music from you?

Shameik Moore: Yeah, the film does have some great music moments. I don’t really have anything on the soundtrack but I have lots of music coming up in 2019. I have music videos I’m working on right now. Some new music, too. I’m really supposed to make my presence known this year coming up, that’s really what I’ve been focused on.

The Knockturnal: That’s some exciting stuff! Now, New York always plays an important role in Spider-Man movies, what about New York itself and the city do you think is so special? 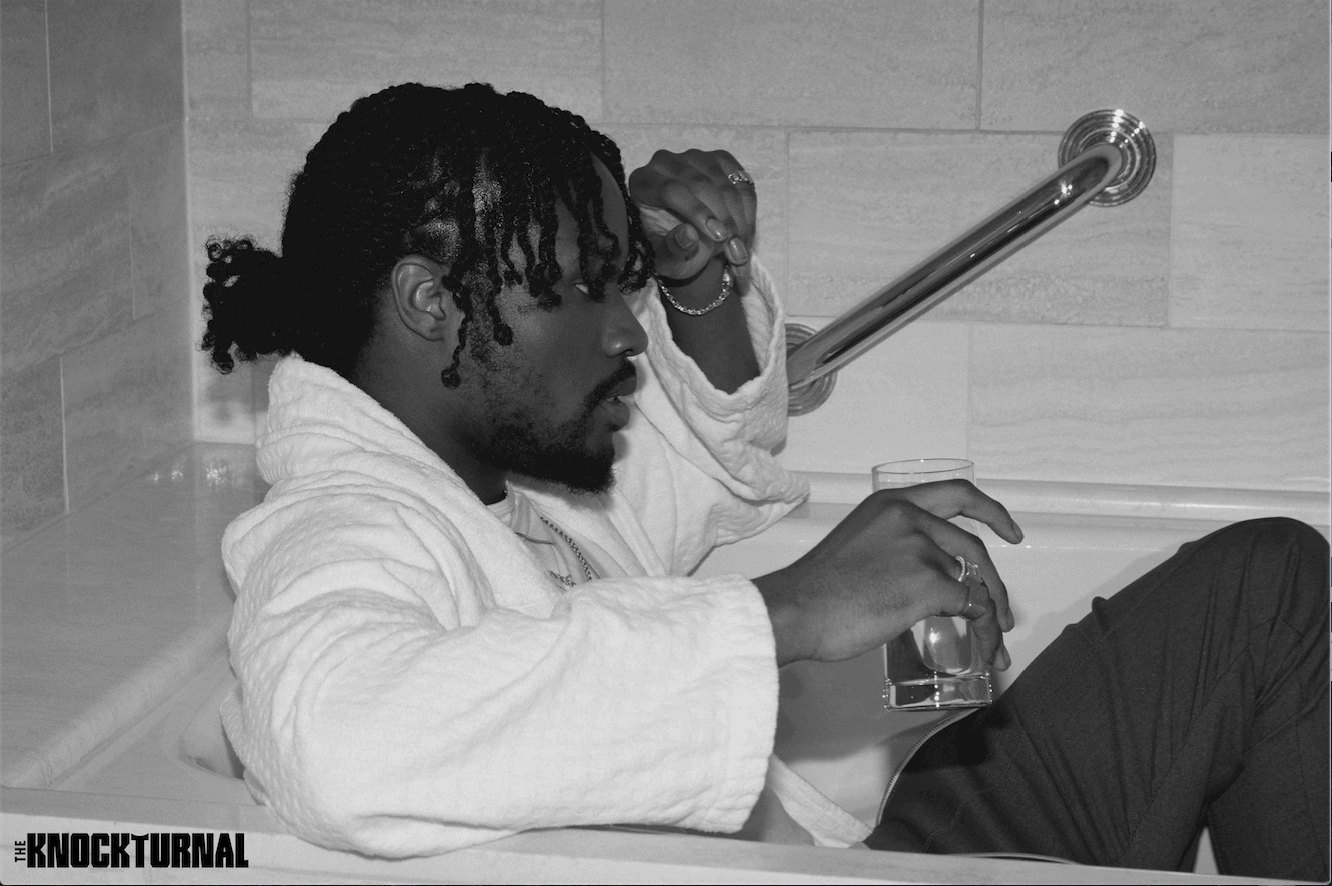 Shameik Moore: New York? I lived there for two years and I was filming The Get Down. New York has its own vibe, it breathes, it’s a special place. I think everyone has a different experience though. I do think if you live in New York for a while, you gain some sort of knowledge that lives with you, you know?

The Knockturnal: So you were in The Get Down before this and also in the movie Dope, how do you think those previous films and projects helped you prepare for this one?

Shameik Moore: Really just confidence, being easy to work with, and execution you know what I’m saying?

Shameik Moore: When Miles runs up the stairs to take the first leap from trying to save Spider-Man and he runs back down the stairs near the beginning of the movie, I like that part. And at the end when he’s like yelling at Kingpin, he’s like bossing up and whatever, I like that part too for sure.

The Knockturnal: I feel like there’s going to be a sequel that’s going to happen because the movie is so good, is there anything that you possibly would like to see happen in a sequel if there was one?

Shameik Moore: I would like to see Miles Morales enter another dimension, come into real life and introduce me, yep. Get a live action movie out of it, from animation to live action. Boom.

The Knockturnal: In the movie, Miles, I feel like he’s often looked at as a kid who has gifts he’s not ready for. What do you think is the biggest misconception about the youth today?

The Knockturnal: So this will technically be the seventh stand-alone Spider-Man movie in our lifetime. Have you seen the other movies? Did you take anything away from them when you were preparing for this one, or not really?

Shameik Moore: I’ve seen all the movies, but no not really. There has been a lot Spider-Man movies and this one might be my favorite, personally, but I’m biased. 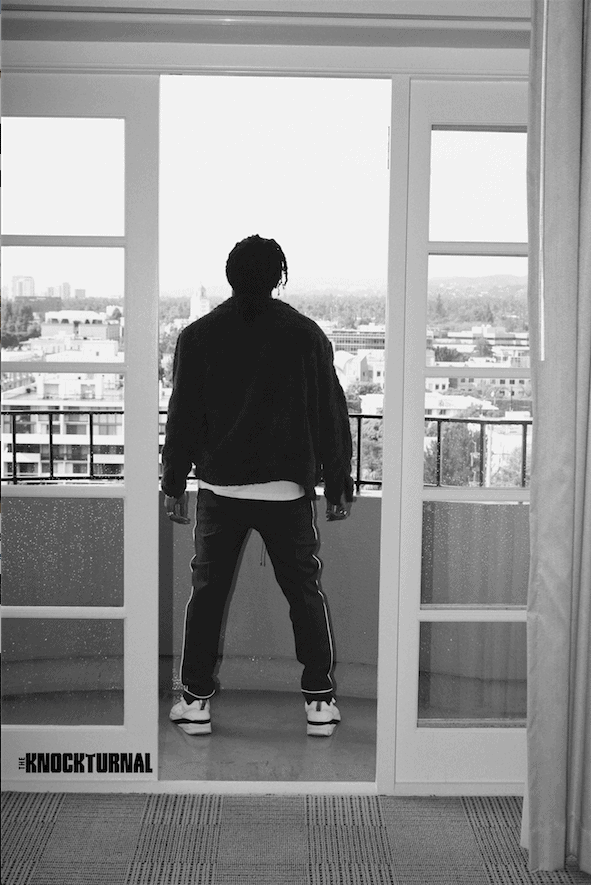 The Knockturnal: In the film I feel like Miles has a lot of mentors. Was there anybody you looked up to while growing up and why?

The Knockturnal: Did you have any other favorite superheroes growing up?

Shameik Moore: Yeah, my other favorite besides Miles Morales, would have been- He’s on the “DC” list…I don’t know if I should say it or not, but it’s pretty obvious. There’s only two, you know, if you think about it.

The Knockturnal: Who were you most excited to meet when you found out that you were going to be a part of this project?

Shameik Moore: I mean, I’ve met Mahershala [Ali] already, I don’t know if they’ve announced some of the other people that are in it though, but I’ve met Brian Tyree Henry, too. I had never met Jake [Johnson] so that was cool meeting Jake. I mean, yeah I pretty much met a lot of the people who are working … but I think it’s cool that Nicolas Cage is involved as well. 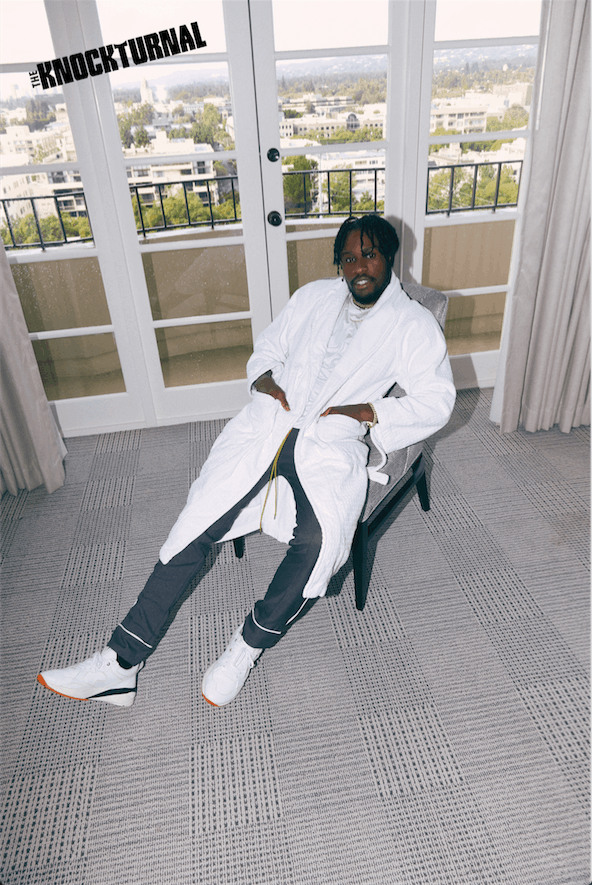 The Knockturnal: Yeah, definitely some really cool people. How was it like working with the directors?

Shameik Moore: Oh yeah, I really wanted to work with them for a little while, I did some auditions for them a little while ago, but I’m glad they got me on this project. I’m glad it ended up working out.

The Knockturnal: So recently we’ve been peeping your sense of style, where do you get your style inspiration from?

Shameik Moore: I mean I’m always working on my personal style, you know? How to get more unique, get ahead of the curve is what I’m really trying to do. I’m inspired by everybody whether it’s at a party, or walking up the street, at the mall-wherever I’m at. I look around and I’m like ‘yo, that looks cool’, I would do it like this. I just start thinking about how I would wear the same piece and do it differently. Just going online and looking on Instagram, Tumblr, and really following fashion. I want to get further and further into that kind of thing as well. What inspires me? I guess everything- I’m inspired by everyone, like seriously, in every field. Whether I like it or not, I’m inspired. Like, yo, I don’t like this, I know I wouldn’t wear that but it’s interesting. Like for instance, someone could get something from Gucci and it’s like, it’s Gucci, right? But I wouldn’t wear that because I don’t like wearing big logo-ey type of pieces. I like things to be clean and expensive looking, just subtle, low-key, but not. You know what I mean?

The Knockturnal: In the film there are a few Spider-Men other than Miles. Who would you say is your favorite Spider-Man?

Shameik Moore: I mean, my favorite Spider-Man is definitely Miles, but after him maybe Spider-Gwen … because I have a crush on her and she’s pretty bad-ass.

On The Scene: ‘If Beale Street Could Talk’ Special NYC Screening