This past Tuesday a private screening of The Kill Team, a war drama written and directed by Dan Krauss, was held at Landmark theater on West 57th Street in Manhattan, New York.

The film stars Nat Wolff and Alexander Skarsgård who thoughtfully play characters inspired by real people who lived through the events that this film is based on. The Kill Team is set to be released by A24, in theaters and on demand, on October 25, 2019.

A brief carpet was held before the screening where the director gave a glimmer of insight into the process of creating this film and the actors discussed how they prepared for such intense roles. The following is a series of lightly edited excerpts taken from interviews conducted on the carpet prior to the screening.

The Knockturnal: What do you hope that the audience leaves with after seeing the film?

Alexander Skarsgård: I don’t really know how to answer that because I don’t want them to go in with that in mind. I think what attracted me to the script was the complexity of it and how easy it is to manipulate people, ‘specially if you’re in a position of authority. Deeks (Skarsgård’s character) is almost a puppeteer in the way he works these young guys and how he plays them. It’s not through sheer intimidation ‘cus I think that would have been less interesting, it’s in a seductive way almost. He makes them do horrible, horrible things but through being their buddy and inviting them in, to kind of win their trust. And once he’s got their trust he feels like he can control them and they will eat out of his hand. And I found that dynamic very, very interesting. In what happens when you surrender your own morality to someone in a position of authority. This is a movie about the consequences of that and how horrific it can be if you don’t stand up and take responsibility for your own morality.

The Knockturnal: Was it hard to get into that head space?

Alexander Skarsgård: I was quite familiar with the world. I served in the military myself so I was familiar with the world it was set in. I had no prior experience in something as dramatic as this. But it was such a rich character and I was just so excited to jump in and explore this so it actually wasn’t that difficult to find him-  to figure out who he was. 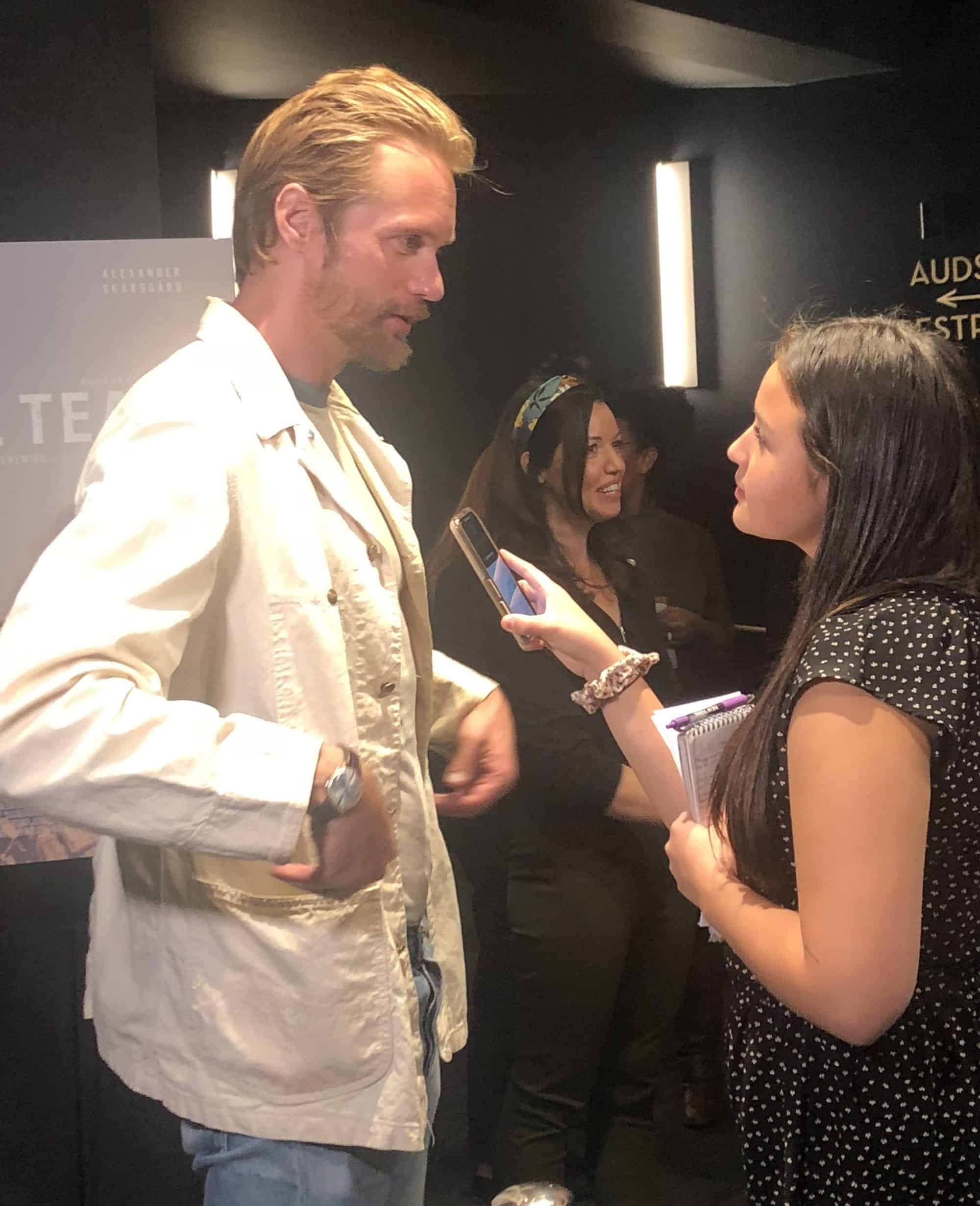 The Knockturnal: What was your process in preparing for this role?

Nat Wolff: I got to meet with the real guy that I play in the movie, Adam [Winfield]. I went and stayed with him and lived with him for a couple days. And meeting him and getting to spend time with him made it so it meant even more to me to get it right. And a lot of it was- we did military training- but it also was just trying to make it as personal as I could.

The Knockturnal: Did you train at military bases or anything like that?

Nat Wolff: Yeah we did before hand. We did two weeks of training, military training. I was miserable at first but then by the end I felt like I could hold my own two percent.

The Knockturnal: What was your biggest challenge in playing this role and creating this film? Because you were playing a character based on a real person, how was that different than playing a fictional character?

Nat Wolff: I think it’s even more responsibility, but even more than it being about a real person I just think the story is super important. You know, it’s a really important story that seemed relevant four years ago when I read the script for the first time, and it seems even more relevant now.

The Knockturnal: What do you hope that the audience gets when they leave the theater; a feeling, emotion, sensation?

Nat Wolff: Well I think if anything, it’s a really interesting send up on toxic masculinity- whatever, wherever you want to set that. You know in the military I think it’s a very dramatic place to set a story that could be told in an office workplace, you know what I mean, about the idea of what it means to be a man. As opposed to what it actually means to be a man, which is way more nuanced and requires not just the masculine but also the feminine. 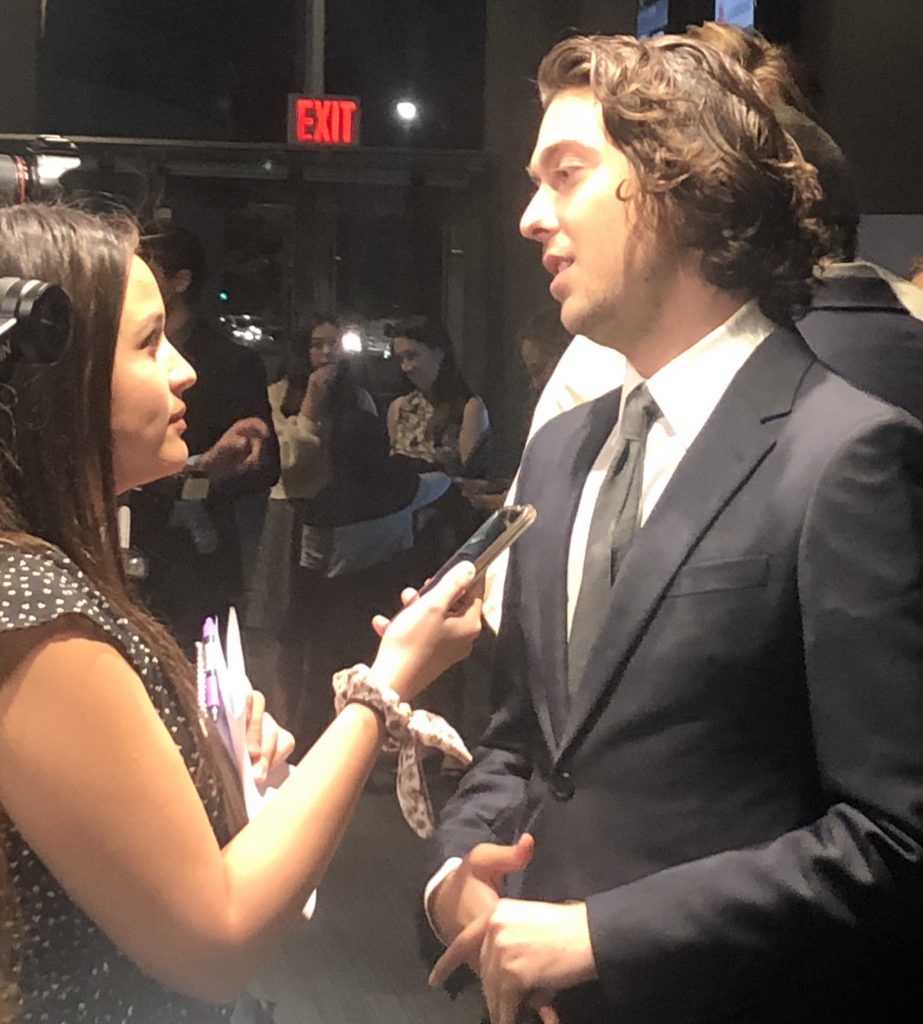 The Knockturnal: Can you describe your process in getting into this role for this film?

Brian Marc: I was raised in a military family and a lot of my best friends are Marines so, speak to them, really go through that and have that discussion. [I asked] what was it like, what did you go through, what was the hardest part?

The Knockturnal: What do you hope people get out of seeing the film?

Brian Marc: I hope that people kind of find maybe a kinship with the characters. Not in the sence where they’d do something as atrocious but we all have our regrets and that you think about what you’ve been through and wow how one decision can completely change your lives and everyone around you.

The Knockturnal: Your first iteration of The Kill Team was a documentary and then transitioned it into a feature film. What was the process in doing so and why did you decide to take those steps?

Dan Krauss: It was mostly to try to understand more deeply the experience of the guys that I had met making the documentary and to create a more first person, present tense experience for the audience so that they could feel for themselves, in a more immediate way what that decision making must have felt like in the moment. The documentary was a retrospective account of the events that happened overseas, a year prior to when I spoke to the guys who were involved. And so this was an opportunity to try to put the audience in the shoes of some of these guys who were faced with this incredibly, truly impossible decision making.

The Knockturnal: What do you hope the audience takes with them when they leave after seeing the film?

Dan Krauss: I think it’s a really interesting time to be putting out a movie about whistleblow intimidation and I think what people will take away, what I hope people will take away, is just how difficult it is to be the hero that we imagine ourselves being when we’re faced with these sorts of challenges. Everyone imagines what they would do, the person they would like to be if their values were challenged- how far we would go to defend them. But the reality of doing that can be very, very different than the image one keeps in one’s mind.