The very first iteration of the film was written over a decade ago by a young Mitnick and has now become the final film through his revised screenplay. The film stars Cumberbatch playing the infamous inventor Thomas Edison opposing Michael Shannon as George Westinghouse. The following is a series of lightly edited excerpts taken from interviews conducted on the red carpet prior to the film’s premiere.

The Knockturnal: What was your process in creating the character of Thomas Edison and how you established his humanity?

Benedict Cumberbatch: Well Michael did a lot of the heavy lifting and Alfonso’s vision is for someone who is flawed. But you know trying to fight a fight that he felt worth fighting, and I think by that stage of his life, as well as also being profoundly deaf-I think quite a difficult cantankerous individual-he was also somebody who had suffered a lot of people trying to edge their way into his domaine, or take he thought was rightfully his inventions or steal patents, or trying to patent the tiniest sort of element to an invention which otherwise was his, and he just kinda saw red and couldn’t let go. It’s a tragic story really of a human failing, so it was very important for me to characterize that rather than just being the bad guy to Michael’s nice Westinghouse. These are both flawed men and I think particularly though, in this episode of his life, Edison was probably the easiest to criticize. But you know it’s important to give a rationale behind these actions, otherwise you’re just coloring with a very broad brushstroke. I’m not really interested in doing that.

The Knockturnal: I found the competition between the two men to be complex in a way that when I was watching the film I couldn’t land on who to root for.

Benedict Cumberbatch: I think ultimately it’s pretty hard not to side with Westinghouse. The guy was pretty cuddly for an industrialist, and Edison- we were bold enough to show- he was pretty ugly in his behavior. But I think when you look deep at why he was the way he was at that point in his life you have an understanding at least of it, if not empathy for it so, and as an actor you always reach for that. 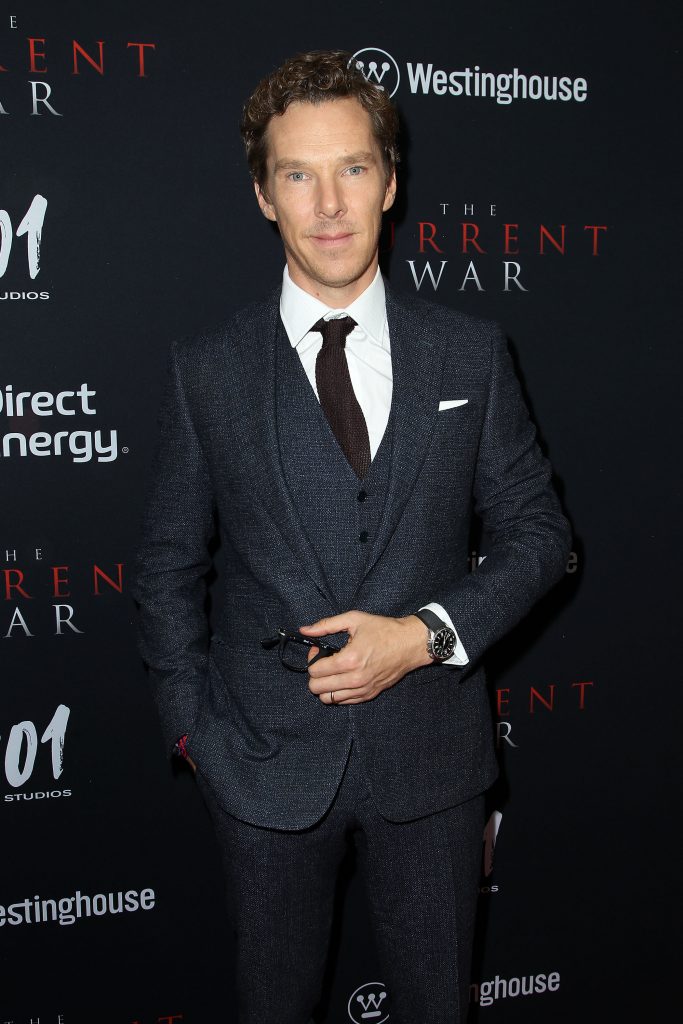 The Knockturnal: What inspired you to take on the project of creating this film?

Alfonso Gomez-Rejon: I was working on a few projects that were coming together after ‘Me and Earl and the Dying Girl’ and I called my agents and I was like well let me read what’s out there. What do you like? What’s interesting? And they sent me the script and at first I was a little nervous about it ‘cus who am I to talk about electricity? I don’t know anything about it. I can’t figure out the Nest on my AC system. But it was so much about ego and humility and admission and legacy and mortality and then I just felt an opportunity to deal with those issues and examine myself through that process. And then make a rock and roll, kind of like, period piece where you can deconstruct it. That was exciting.

The Knockturnal: Through context, one can deduce that this film is a period piece, but it’s visuals and tone more so resemble films of modern day. How did you go about creating this world?

Alfonso Gomez-Rejon: Well it’s in the beauty of the performances, and the naturalism of the performances, and hopefully you see a reflection on yourself and then it become contemporary because you’re there watching it. Technology is a big part of our lives and the consequences of technology, the way social media can lead to loneliness even though it’s meant to bring us together. It’s just like how the electric light lead to the electric chair. There are connections there that I think we can all make.

The Knockturnal: What was your process in collaborating with the cast members in bringing the show to fruition? Many of them attributed the successes of this film to your vision. What was your vision?

Alfonso Gomez-Rejon: I think it was both from the studio, to the actors, to the crew, it was about expressing my vision that this was about the future not about the past. And so the cadence of the language had to be contemporary and the visuals had to be- we treat it as a contemporary film and we’d get it as close to what it might have felt like at the time. ‘Cus the past was not in sepia, it was not an archive of photographs. It was in motion, it was in energy, it was full of ideas and breaking rules and the movie should reflect that. 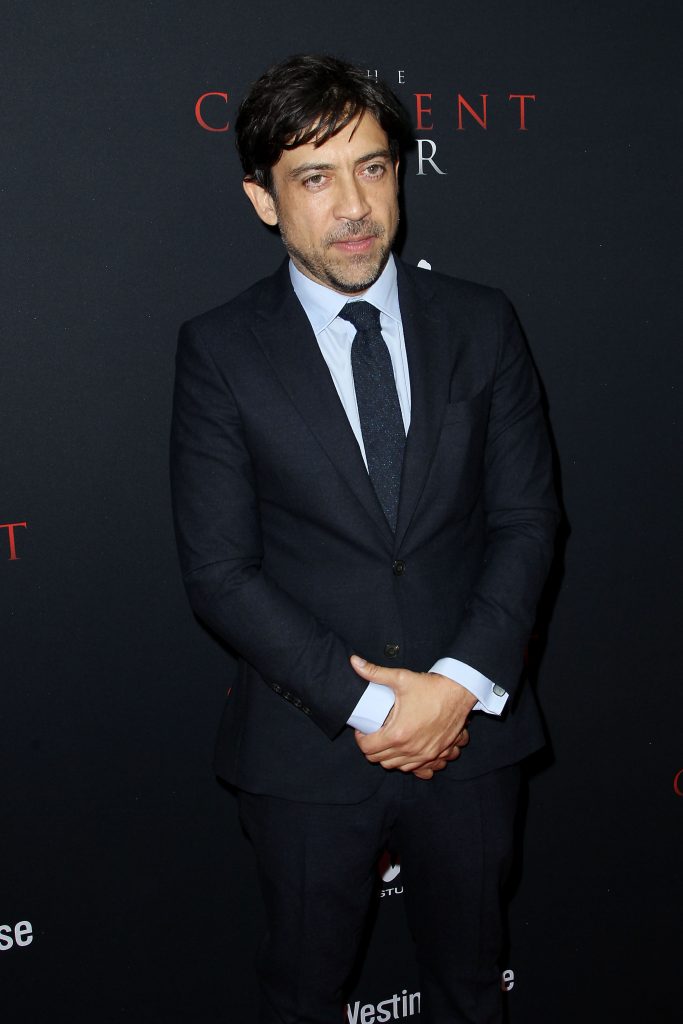 The Knockturnal: This film, which began as an assignment you were given in graduate school, has been ten years in the making. Can me how it feels to have it finally produced and if there’s anything you would tell your younger self looking back now?

Michael Mitnick: I don’t know if I would tell that person to keep going, because it’s been such a crazy journey, but the truth is that what I started to write as a play, ten eleven years ago, was something that really captured both my head and my heart. And so the fact that later I entirely rewrote it as a screenplay, and there’ve probably been over 70 versions since, and it’s had such an unbelievably crazy journey, tonight feels really special and I just feel so grateful that we get to do it on our terms.

The Knockturnal: What are you most proud of working on this project and it coming to fruition?

Michael Mitnick: What I’m most proud of is the way that everybody worked together- is that everyone saw something in this idea. All the movie stars working way below what they normally get paid because they believed in it and they believed in the story and what Alfonso was doing and truly in the making of it. It was this one minded experience that just came, you know, we started to think was going to come together the way that we wanted. It was that kind of harmony that I had never experienced in Hollywood and I’ve only felt doing little plays downtown in New York.

The Knockturnal: Were you particularly interested in history when you wrote this and what gave you the momentum to continue working on this project all this time?

Micheal Mitnick: I love history. I especially love history that just seems too crazy that it happened! You know, 98 percent of the things in this film actually happened or nearly happened as they’re being portrayed, and it’s just so crazy that it caught my attention. But the other stuff that I read, write, it’s all over the place. It’s just, whatever story just captures my heart or my head I can’t help it. I just keep following it until people put up a wall, or very rarely a movie screen. 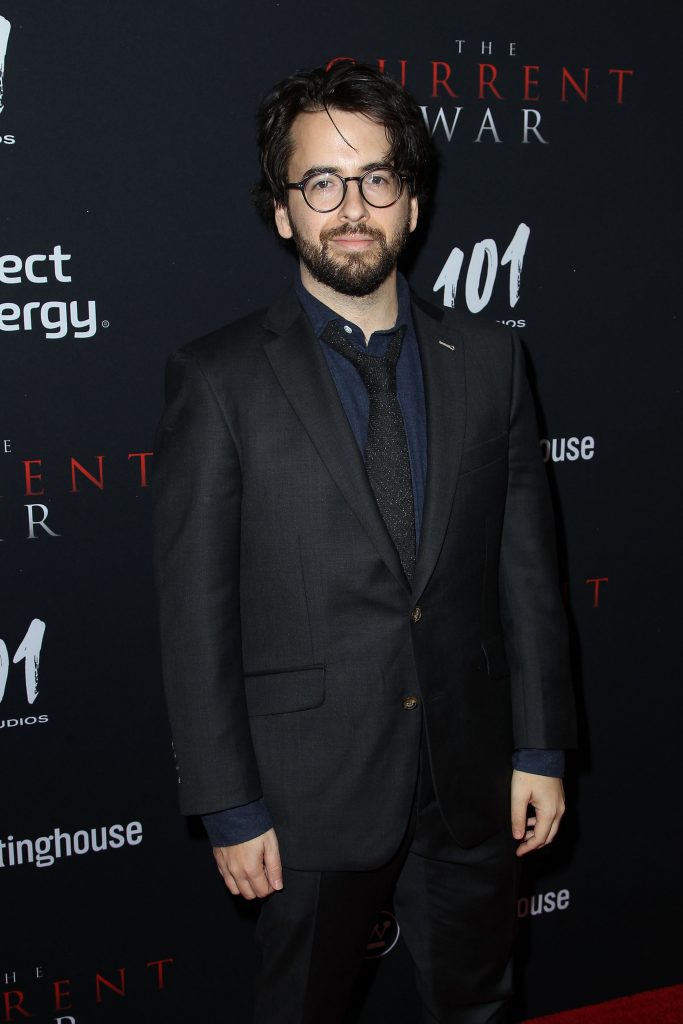 The Knockturnal: As a producer, how involved were you in the process of creating this film?

Timur Bekmambetov: Not really (he laughs), I read the script, I think it was seven years ago, Michael Mitnick’s script. It was on the blacklist and I just said to myself it should be a movie. And I took the script and began this process. But the rest is Alfonso.

The Knockturnal: From the perspective of an Executive Producer, what do you hope that the audience leaves with after seeing the film?

The Knockturnal: I found it fascinating that the essence of the film, the competition, could have taken place during anytime period.

Adam Sidman: It’s also fascinating to look at these moguls, these titans of technology from a hundred years ago, and then you look at them today. Some of whom have the same names of you know, Elon musk and Tim Cook, and you see a lot of these things, these battles that happened back then repeating itself. And you know I think it’s a classic American story that I think a lot of people will enjoy.

The film hits theaters this Friday.

Film Review: Trapped in ‘The Lighthouse’