A Preview of the Outfest Fusion Festival

Outfest Fusion is the QTBIPOC film festival that has been in LA over the past 17 years. It showcases the work of queer and trans filmmakers of color, providing the audiences and storytellers the critical visibility that is needed to build careers, opportunities, and empathy for our stories . The purpose of the festival is to create an inclusive space where storytellers and filmmakers of color are able to create content and tell their own stories while receiving coverage. The Knockturnal spoke with Executive Director of Outfest Damien Navarro about how the festival first began and the goal behind it.

The Knockturnal: Why is it important for the Outfest Fusion QTBIPOC Film Festival educational and mentor-driven programming to provide tools for the Queer and Trans people of color to create content and tell their own stories?

Damien Navarro: Before one can fly, one must be given wings.   Annual media reports from GLAAD give us a clear picture on the product or ‘output’ coming out of Hollywood.  For example, in their 2021 Representation “Where we are on TV” Report, it was reported that nearly one in every five LGBTQ characters appearing on a series are tied to one of just four creative executives. Only two of those individuals are of color.  Outfest realized early on that providing the first inspiration, set of tools and a possible door or pathway for thousands of members of our community is just as important as measuring what comes out of Hollywood.  Our workshops, masterclasses and studio career tours collectively attempt to help provide both first-time, as well as seasoned filmmakers, a chance to mutually learn from one another.  Someone that shares a similar worldview, life experience and struggles as they may have.  Culminating in increasing the input of new talent into entertainment and not simply reflecting on the output. 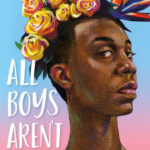 The Knockturnal: Please explain what Outfest fusion is and the purpose of the festival? How did you get started?

Damien Navarro: The Outfest Fusion QTBIPOC Film Festival began in 2004 amongst a circle of community organizers and Outfest Board Members in response to a public and industry outcry for an event and inclusive space where the convergence of storytellers and filmmakers of color who were struggling for visibility of their work and opportunity could receive it. Diverse LGBTQIA+ audiences, from regional to international, were also finding a lack of inclusive spaces and celebrations that featured expertly curated and exhibited films, stories and art that reflected the unique lives of themselves. To date Outfest Fusion has showcased over 10,000 works to nearly 250k audiences and impacted over 2500 community members and industry career climbers with its Fusion workshops and events.

The Knockturnal: How can the world work to be more inclusive to the Queer and Trans people of color?

Damien Navarro: ​I believe that inclusivity does not come from just sending well wishes, attending marches and good intentions. It comes from investing our time, resources and money into a community who has been vocal for decades that they require not only a seat at the table, but the opportunity to succeed and fail as well. There are limited ceilings to break if there is only one ladder for every hundred talented artists and storytellers. Providing consistency and a safe space to thrive, as well as encouraging discipline through motivation and a multi-disciplinary network of support is what I craved as a bi-racial queer kid with a nose for creativity – I expect many members of the extended Queer and Trans community of color wish to receive as well.

The Knockturnal: Would you say that people who are Queer and Trans people of color are sometimes invisible to the rest of the world?

Damien Navarro:  I would 100% agree that Queer and Trans people of color can not only be invisible but are overwhelmingly also abused, victims of crimes and passed over for critical career climbing entry-level positions.  Why?  Availability, affordability, and adaptability.   Working in an agency or studio mailroom, driving and putting in countless hours on set at minimum wage as a PA, trying to balance two-jobs while reading through hundreds of scripts weekly as a development assistant… require resources, a vehicle, substantial resources, a network, and time.  In an industry exposed with nepotism and ‘who-you-know’- surviving long enough in some of the most expensive cities in the world not only makes Queer and Trans people of color invisible, but not even present. 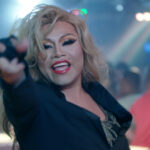 two trans Latina sex workers in Queens, New York, fight transphobic violence, persecution from the police, and defend their cases of trafficking in an increasingly anti-migration political environment in the U.S.

The Knockturnal: In honor of International Day of Transgender Visibility, what message of awareness would you like to give to people who do not understand that people who are Queer and Trans, deserve to be heard, loved, and need equality?

Damien Navarro: There are so many Trans and Non-binary colleagues, filmmakers, and board members who I have grown close to in recent years.  The empathy they lack is daunting – spending the better half of their lives at times struggling with identity, gender, self-love, much less career planning, has made me a fierce defender and promoter of their right to be loved – embraced – heard – invested in – and given a seat at the table.  Their world view in my experience, tends to be light years beyond and is reflected in their storytelling, relationships, and business decisions.

The Knockturnal: Were there any challenges when trying to plan this event as far as the pandemic is concerned? What adjustments have you made?

Damien Navarro: Much like any hybrid event today we are leaning into dynamic technology, outdoor event producers and in-kind partners to help spread the word in order to bring these films and experiences to what we hope is one of the largest audiences to experience Outfest Fusion even. 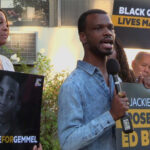 The Knockturnal: Where can people find more information about Outfest Fusion ?

Damien Navarro: They can go directly to www.outfestfusion.com– or if they’d like to become a member and enjoy many festival benefits, they can visit www.outfest.org.

Exclusive: Kosha Dillz Discusses New Album ‘Nobody Cares Except You’