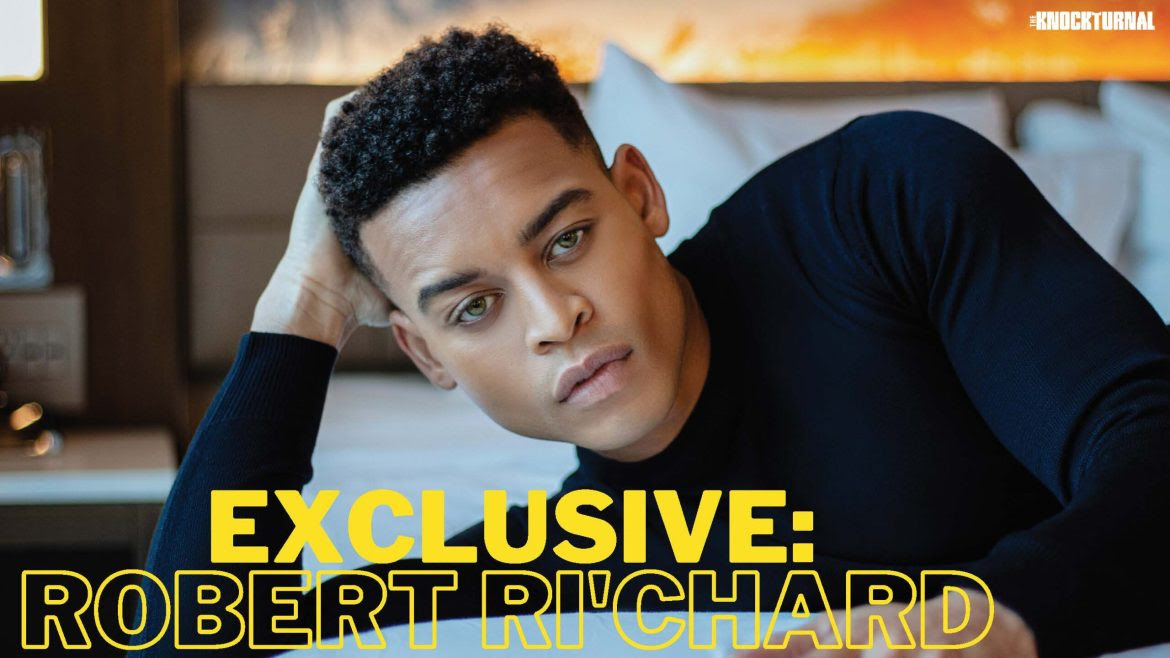 Actor Robert Ri’chard is starring in Amazon/ NBC Universal’s hit show “Harlem” that is produced by Tracey Oliver, Amy Poehler, and Pharrell Williams. Ri’chard is best known for the American sitcom “One on One,” starring as Arnaz with co-star Kyla Pratt. The show is still popular today and Ri’chard informs viewers that the character Arnaz shows people that they cannot be put in traditional boxes despite how they may look, or carry themselves.
END_OF_DOCUMENT_TOKEN_TO_BE_REPLACED
May 5, 2021 0 comment
0 FacebookTwitterPinterestEmail

Artist Bonzie is on her way to becoming a powerful voice for her generation. Her music video for the song alone has received over 400,000 views and that number is only increasing. She describes her music as a “portrait of a specific reality.” It is clear that Bonzie is on her way to leaving her mark on the music industry. The Knockturnal spoke with the rising star about her creative process, the production process behind the Alone music video and what fans can expect to see next.

The Knockturnal: What is your inspiration for your work?

Bonzie: I’m inspired by things I don’t consider inspiring, necessarily. As a writer, I guess
subconsciously, I’m trying to discover the ironic or extraordinary in everyday life. So, that said,
relationships, people, nature… all these things have inspiring facets that could be brought to life
by a song.

The Knockturnal: With your video receiving now over 400k views how does it feel to know that over 400 thousand
people have viewed your work?

Bonzie: It feels so amazing!  I’m so happy to be able to share my music and have people actually hear it.
I’m always really excited when people repost my stuff, like, “You’re actually seeing this?! It’s
not just me?”  I spend a long time with each song by myself, so it’s a crazy feeling.

The Knockturnal: What was the production process behind the song and the music video for Alone?

Bonzie: I saw Miyo [the animator]’s short film some time last year and fell in love with her style— it’s
real and raw and emotional, and she uses her hands and fingers to paint every frame. She lives in
Japan, so when we started talking on Skype back in January, we needed a translator on the call
because my Japanese was so bad. We started working on the ‘alone’ video in the spring, and I
doubled down on studying Japanese. By the time we finished in August, we were having 3-hour
Skype calls in Japanese about everything (sans translator)!  We became close friends and I feel
lucky I was able to meet her and work together, despite being on opposite sides of the planet.

The Knockturnal: What can fans anticipate next from you?

Bonzie: The two songs I just put out— alone and Lethal— will be part of a larger LP project.  I’m
shooting to release the whole thing in early 2021. I’ve been working on it for a while so I’m
excited for it to be out there!!

The Knockturnal: Which musicians influence your style of music and creativity?

Bonzie: It’s always really hard for me to say exactly who I’m influenced by. It probably depends on who
I’m listening to the most, or what kind of music naturally attracts me at the present time. Lately,
I’m loving the music that Sampha is releasing. His voice is gorgeous and distinct. I also love
Chicago rapper Saba’s music. The lyrics are thought-provoking. Teyana Taylor’s records are
gorgeous, and my producer DJ Camper produced “Come Back To Me.” I love that track. And
Jim O’Rourke released a new experimental piece that’s really beautiful. This is what I’m
listening to as of the last week or so.

The Knockturnal: How would you describe your musical style?

Bonzie: A portrait of a very specific reality as depicted by someone. A movie, hopefully.

We spoke with the lovely @analisavelez on the red

We had the chance to speak with @toby.sandeman on

It was wonderful chatting with @adriyanrae on the

The Knockturnal spoke with @iamwendyraquel on the

We spoke with @vheb_official on the red carpet for

We had a blast at the ‘Almost Hanukkah’ event