A new documentary from Garret Bradley, ‘Time’ traces the effects of incarceration on the modern American woman through 20 brutal years.

It isn’t often that a documentary can feel like an encapsulation of a period of time or a major issue. The works of Ken Burns can only tell the story of The Vietnam War, for example, in almost 20 hours of television. That’s what makes something like Garrett Bradley’s Time such an effective and brutal documentary. Bradley takes one family’s 20-year struggle against the mass incarceration system and breaks it down into an 81-minute-long film. It should be almost impossible, but it works wonderfully and fits deeply into the kinds of films that have made the 58th New York Film Festival so effective.

Fox Rich’s husband Rob was jailed 20 years ago for a non-violent robbery. The judge sent him to prison for 60 years due to mandatory minimum requirements. Through a combination of footage shot by Bradley (a New York Times photojournalist) and by Fox over the past twenty years, Time is as much a diary as it is a documentary.

Fox’s home videos show the sadness and melancholy of building a home with three children and a father in prison, as well as the early days of her fight for criminal justice. But Bradley finds Fox and her children searching for social change in various ways. Fox is now an advocate for penal reform, while her children have found themselves working in school politics. Everyone has aged and grown. But Rob is still locked behind bars. 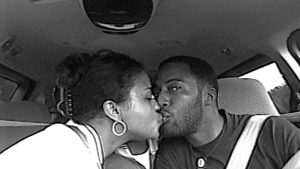 Time doesn’t babysit the audience; instead, it lets the viewer interpret the documentary in their own way. There are no talking heads or interviews. We don’t watch Fox break down in tears explaining her emotions. Bradley doesn’t address the camera in order to say her own thoughts on the situation. It is up to the viewer of such a documentary to understand their own feelings about such a sad yet powerful story such as Time.

Bradley and editor Gabriel Rhodes take the life and times of the Rich family and put them into a story that understands the casualties of the prison-industrial complex. If it takes a documentary such as Time for audiences to understand these same concepts, then hopefully something good will come of this world. Fans of Ava DuVernay’s 13th (itself a former New York Film Festival premiere) will love this story, but everyone will find something to learn here.

Highlights from the First Week of NYFF