Just after the sunset at Prospect Park’s Lena Horne Bandshell stage on August 31, hundreds of vaccinated and masked fans crammed onto the field overlooking it. Some revisited concerts for the first time post-COVID-19-outbreak, and others awaited their first time seeing British indie psych-pop group, Glass Animals, perform live. There’s an undeniable textural experience to listening to Glass Animals, from crystalline synthesizers to crisp beats to other bending and sculpting backing sounds. Seeing them live is just as stimulating, especially with summery props and a beaming background. With a set paying homage to their most loyal and longtime fans as well as newer listeners, the band supported their most recent album release while also highlighting the best tracks of their past ones.

Before the beloved band’s varied and spirited headlining set, opening act binki provided concertgoers with a surplus of dance-rap, R&B-infused pop to kick off the night. From playing his notable hits (“heybb!”) to his newer ones off of his latest album release, MOTOR FUNCTION, binki’s performance-inspired members of the audience to dance and scream-sing along all throughout his set. 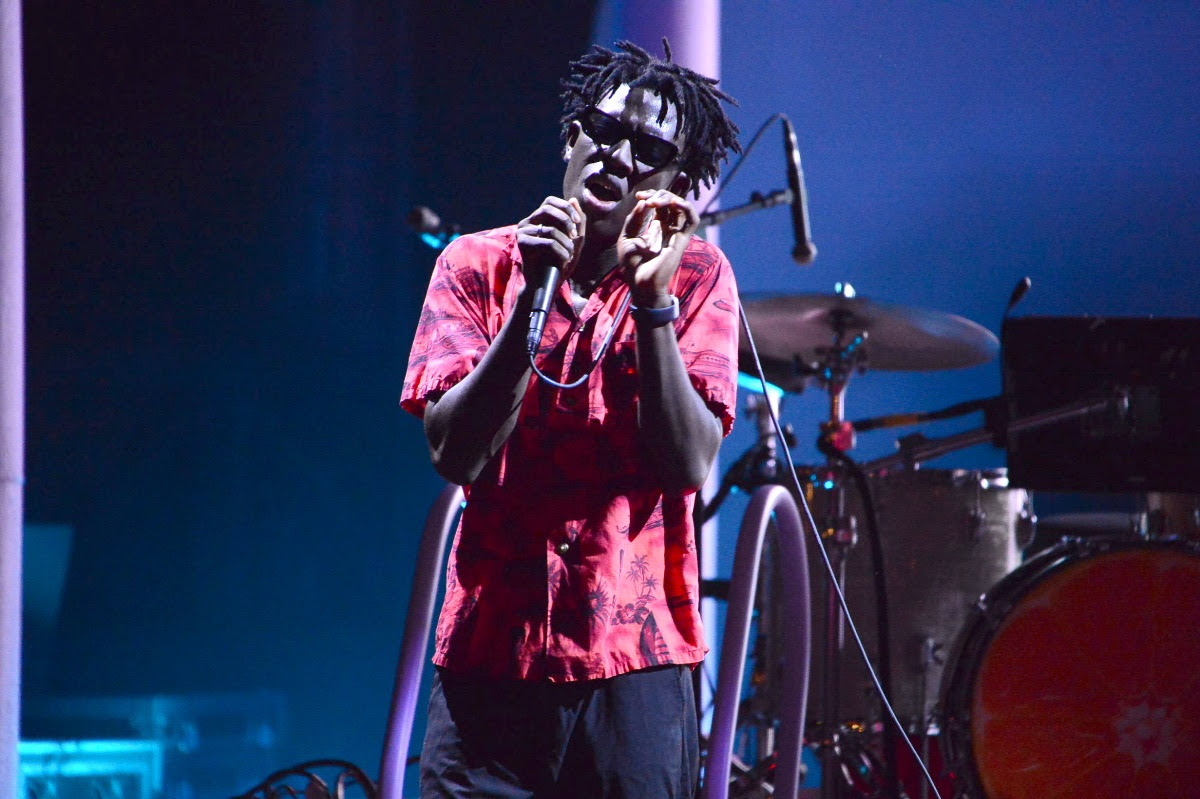 After binki departed the stage, a cryptic, brightly lit digital screen behind it began counting down the minutes and seconds to what it dubbed “Glass Animals Showtime.exe” in vintage, 90s-era Microsoft lettering. It appeared to represent a desktop screen of a user deemed “Wavey Davey” who fans knew meant the band’s frontman, lead singer, songwriter, and producer Dave Bayley. As many cheered, cried, shouted, and whistled, each member of Glass Animals entered the stage and waved to the audience, including Bayley, Drew MacFarlane (guitar, keyboards, backing vocals), Ed Irwin-Singer (bass guitar, keyboards, backing vocals) and Joe Seaward (drums, percussion).

Equipped with shimmering synths, husky, velvety vocals, and lyrics that chronicle post-pandemic life and contain social commentary, the band opened the night with “Dreamland,” the hypnotic title track to their third album released in August 2020. As part of the ongoing BRIC! Celebrate Brooklyn concert series, the band played mostly in support of Dreamland, but also added to the setlist multiple crowd-pleasing hits from their earlier records; 2016’s How to Be a Human and their 2014 debut, ZABA.

“You go ask your questions like, “What makes a man?” Bayley sang to the crowd while twirling, gliding across the stage, and appearing to contemplate his words, “Oh, it’s 2020 so it’s time to change that / So you go make an album and call it ‘Dreamland‘.” 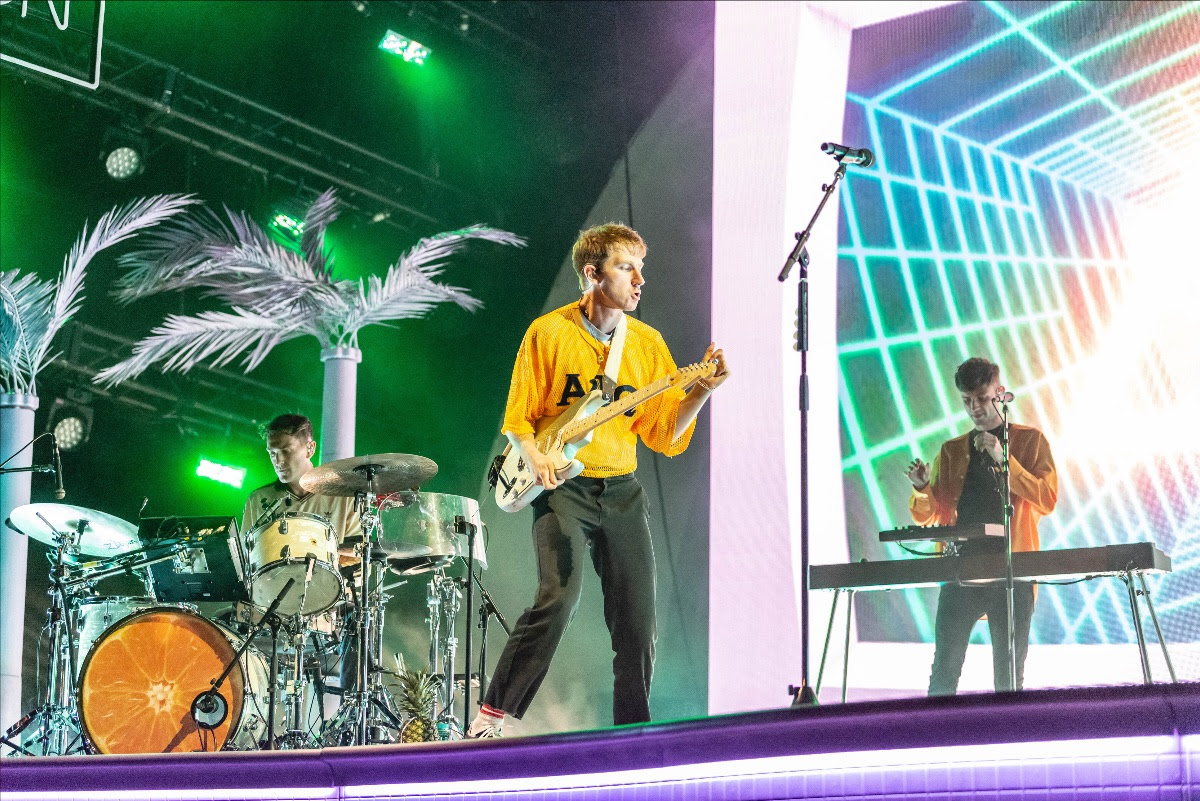 An ever-changing background showed vivid, digital scenes behind the band as they performed their highly streamed and most renowned hits like, “Life Itself,” “Gooey,” “The Other Side of Paradise,” and more. From classic 80s Pac-Man to tropical beaches, the backgrounds depicted summery yet cyber artwork throughout the night, reflecting the themes and overall sound Glass Animals creates effectively— sunlit, infectious melodies backed by intricate, industrial electronic instrumentation.

Before closing the night with their viral, Tik Tok-dominating hit “Heat Waves,” the band played several tracks off of Dreamland, with the slow-burn,  percussion-heavy ballad, “It’s All So Incredibly Loud” being a highlight with its intense lyricism and Bayley’s emotional vocal rendition. “Tangerine” was also a clear fan favorite with its riveting, layered vocal melodies and dazzling synth notes.

“I haven’t seen this many heads in a while,” Bayley said while looking at the large crowd and smiling. “We really missed you and we love you.” The musician later shared in a September 1 Instagram post that this performance was possibly his “fave show ever.”

“dear all bazillion trillion people in NYC, thank you for coming to our show and making it maybe my fave show ever,” Bayley wrote in the caption along with photos from the performance, “I wish I could wrap my arms around you all and form a giant human burrito inside of a tortilla of happiness.”

Glass Animals will continue to tour the globe in support of Dreamland, hitting venues across the U.S., the U.K., and Europe. Find their tour dates and more information here.

Check out an Exclusive Clip From “Turner &...

Sean Kingston For The Knockturnal By Sabine West

The Eyes Of Tammy Faye. The wonderful @jessicachas