You don’t need to be on either side of the argument to know that this film is deplorable!

In Blumhouse Productions’ latest cinematic outing The Hunt, twelve strangers are kidnapped, gagged, and placed in the middle of nowhere. When they wake up, confused as to where they are and why they’re here, they find that they are being hunted by unknown assailants for sport. As they are being hunted down one by one, a renegade soldier in the mix, Crystal, manages to use her instincts to survive and makes her way through the hunting grounds to find out the truth.

Last year, Blumhouse produced Black Christmas, a second remake of the 1974 horror classic in which a sorority house is stalked by an unknown serial killer. In a bizarre decision, the filmmakers cranked up the feminist themes of the story to uncomfortable proportions, in which almost every line of dialogue was about sexual assault, trauma, or fighting the patriarchy. As a result, the final product felt more like a protest song than a compelling story, and alienated audience members. In the case of The Hunt, imagine Black Christmas, only instead about sexual assault, it is about the country’s current political climate, and filled with references to “our president.” (His name won’t be mentioned here, since the film does not want to mention it either, for some reason.) 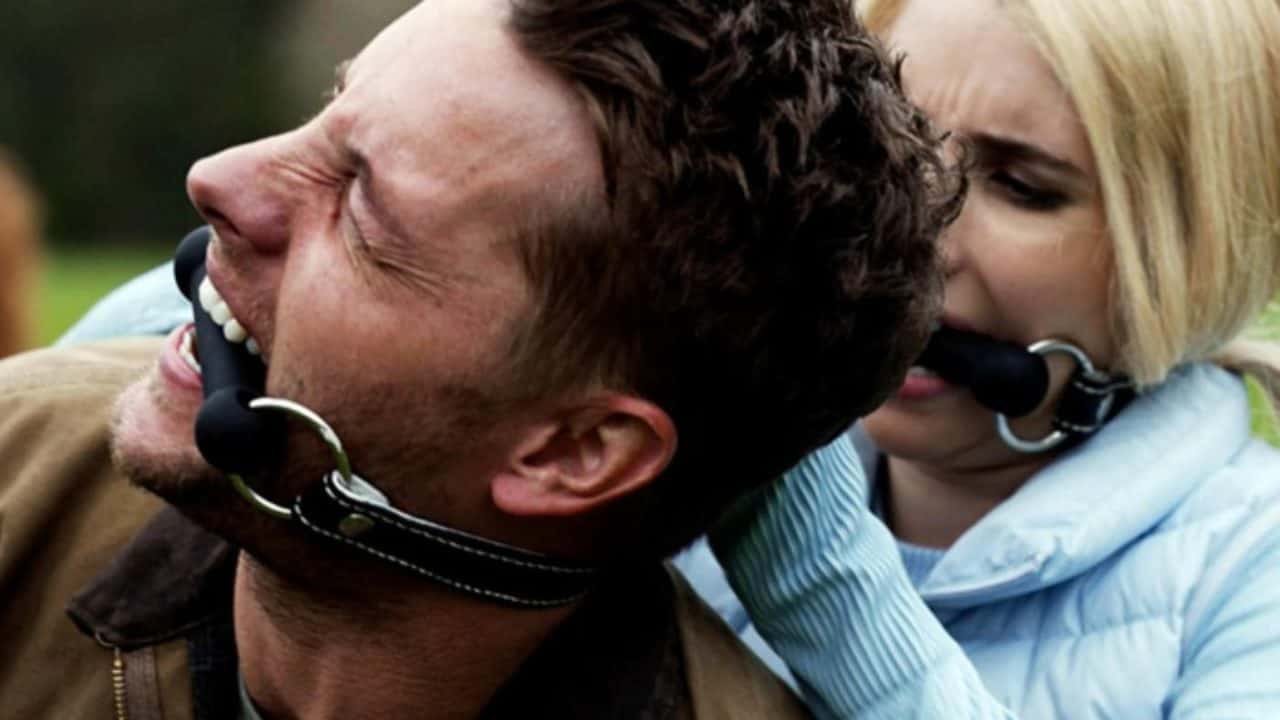 So what exactly is wrong with this movie? Well, everything! Nothing about this film feels mature, insightful, or even entertaining, and it is never clear what the main goal of the story is. Random characters are introduced and killed almost instantly, and this continues for some time before the film finally decides to choose one character to focus on. This seems like an ambitious idea, similar to Psycho in how the focus shifts from Janet Leigh to Anthony Perkins. In The Hunt, however, there is so much shifting in focus, that it becomes annoying trying to become invested in any part of this story.

How about the premise itself? Believe it or not, it could work if handled properly. It could explore extremism, in how people initially undervalue other people’s lives based on their political views, something that is both universal and timeless. The filmmakers, however, do not seem concerned with presenting genuine and complex characters. Neither liberals nor supporters are portrayed with subtlety or dignity, instead spouting out tropes and stereotypes. Supporters of “our president” mention things like owning guns and being on Sean Hannity, while liberals are shown discussing organic foods and culturally-diverse icons liking their Instagram posts. The film can’t mention the name of our president, but it can mention Sean Hannity?

This immature approach to characterization fares the actors even worse. Genuinely talented actors like Betty Gilpin, Emma Roberts, Ike Barinholtz, and Ethan Suplee look genuinely lost in this aimless story. Their characters are not given any proper backstory for them to build on, resulting in bland and amateurish performances. The fact that many of these characters are killed almost instantly is also frustrating for anyone who is seeing the movie for their favorite actors. Ike Barinholtz, the actor who gets top billing, is only in the movie for about five minutes before he is killed off. And how bad could things be for two-time Oscar winner Hilary Swank for her to agree starring in this? A movie this puerile is not deserving of her committed talent, especially given the background it gives her character.

One could argue that The Hunt is a satire and should not be taken seriously. It is possible that is was originally conceived as a satire at one point, because there are a few scenes that play for comedy. The rest of the film is played depressingly straight, and can’t help but feel like tonal jarring. This miscalculation is made even worse by the extreme amount of gore, which seems to be here mainly for shock value. It seems like The Hunt’s main goal is to feed off both parties’ enthusiasm in seeing their opponents’ representatives either mocked or killed. Have they forgotten this is ordinary peoples’ lives and not football?? This is just plain disgusting.

This film also cannot help but feel poorly timed, which is ironic given the upcoming presidential election. The movies should be a place for people to escape the outside world and find some enjoyment, or at least provide insight with our current world, as Joker did last year. The problem with The Hunt is that it constantly reminds audiences of how unpleasant the world currently is, all while offering nothing of value in return. What makes it even worse is that the references are too current and direct, and the film will age terribly with time. If any of that wasn’t enough, the film has a line involving hand sanitizer. Oof!

There is a difference between a story that is insightful and a story that is exploitative. With its immature storytelling, senseless gore, and overall unpleasant feeling, The Hunt falls into the latter category. The execution is exploitative, and by the end, it feels like nothing got accomplished. Avoid it like…well…whatever people are losing their minds about at the moment.