Rising starlet Maddie Phillips can be seen kicking ass and taking names on Netflix’s “Teenage Bounty Hunters,” but the Canadian native remains true to her roots with her latest film, “Summerland.”

The feature debut from writing-directing duo Lankyboy, Summerland focuses on a coming-of-age story between three high school friends on a road trip to the Summerland music festival. Bray (Chris Ball) is hoping to meet his online boyfriend Shawn (Dylan Playfair), but he’s been using photos of his best friend Oliver’s (Rory J. Saper) girlfriend Stacey (Phillips) as a catfish.

Phillips’ inherent talent allows for Stacey to be more than just a side character; the depth and charisma brought to the role makes the audience empathize with Stacey’s own struggles onscreen. Phillips opens up to The Knockturnal about how she approached the role, life in an RV, and what’s next for her blossoming career.

The Knockturnal: What originally drew you to the role of Stacey?

Maddie Phillips: Quite literally everything. For starters, Rory [J. Saper] is my best friend and we’ve always lived in different countries so I would’ve said yes to doing a movie with him no matter what it would involve. When Chris [Ball] and Kurt [David Harder of Lankyboy] told me it would be a road trip movie, it just felt like a gigantic cherry on the cake of my dreams. 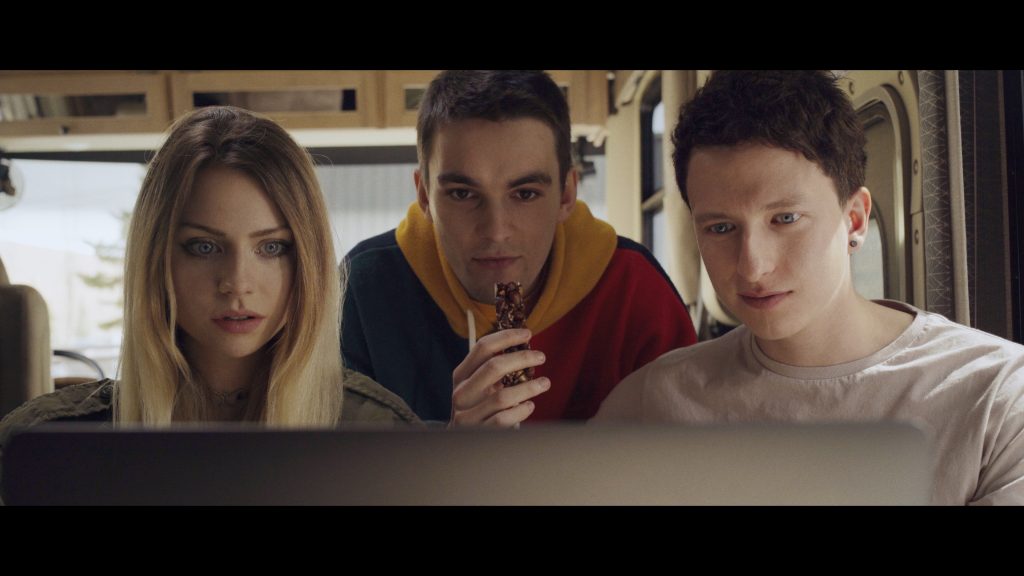 I Ioved the fact that I would get to feel creatively free as well. It’s extremely rare to be afforded the opportunity have a lot of creative input in a project and we had total control over what our costumes, hair, makeup would be. We had the freedom to improv and just collaborate overall with everyone. We also got to appreciate the technical side of making a movie that actors often aren’t able to experience because typically when you’re on a set, your job is to just say your lines and then stay out of the way while you wait around to do it again. Because we had such a small team, the actors Rory, Chris and I however were mic-ing ourselves, I was doing my own hair and makeup, we helped with all the set dressing, we would hold the boom when we needed to, we did our own stunts and we got to experience some of the editing that happened along the way too. I’m also not very precious when it comes to being in an RV with five boys, getting dirty, and peeing on the side of the road so the non-glamorous style of filmmaking that an indie road trip with no budget entailed, just seemed like the best time ever. And it was.

The Knockturnal: Stacey’s image is used as the Trojan horse for Bray to connect with Shawn online, and yet Stacey also has her own personal coming-of-age during the film. How did you approach Stacey’s character, and not let her fall into any tropes?

Maddie Phillips: I just played her as honestly as I could. It was easy to have a natural relationship with Rory because we’re already so close. The biggest challenge was to just settle into the energy of loving someone but being disappointed and frustrated with them while never losing that love. 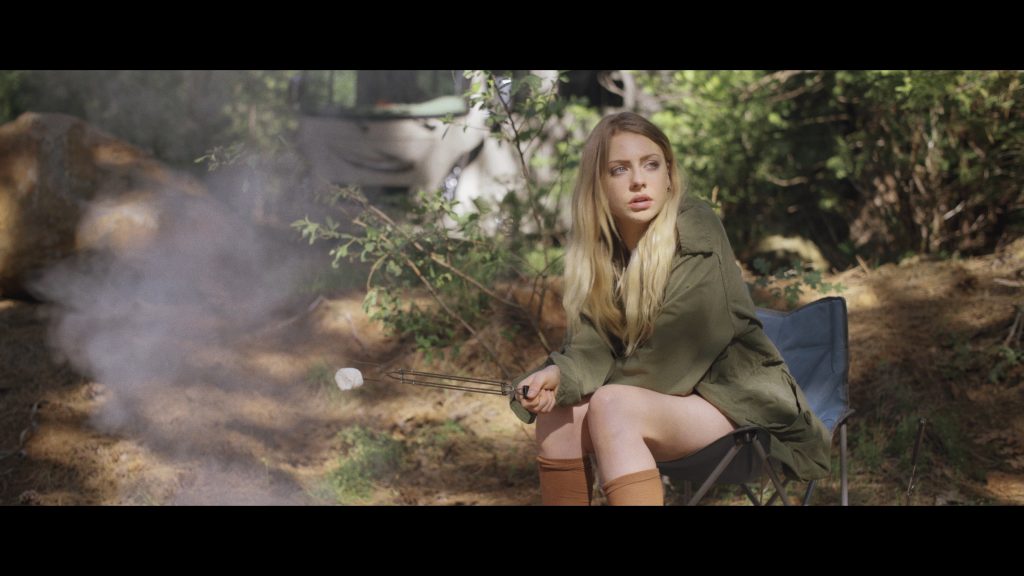 The Knockturnal: How was working with a directing and screenwriting duo in Lankyboy?

Maddie Phillips: The best thing was just seeing something happen before my eyes that has always seemed so out of reach and daunting. It was so inspiring to see such young, passionate people make a dream of theirs come true before your eyes and their eyes, especially when it’s a dream of yours too. It definitely stoked the filmmaking fire inside me that always felt a bit out of reach.

The Knockturnal: Have you ever embarked on your own road trip or music festival adventure?

Maddie Phillips: Nothing nearly as epic as this one. But ever since we did it, I’ve wanted to do something similar again. Maybe next time I’ll go to London this time and meet up with Rory and we can road trip across Europe and go to the Glastonbury festival or something. 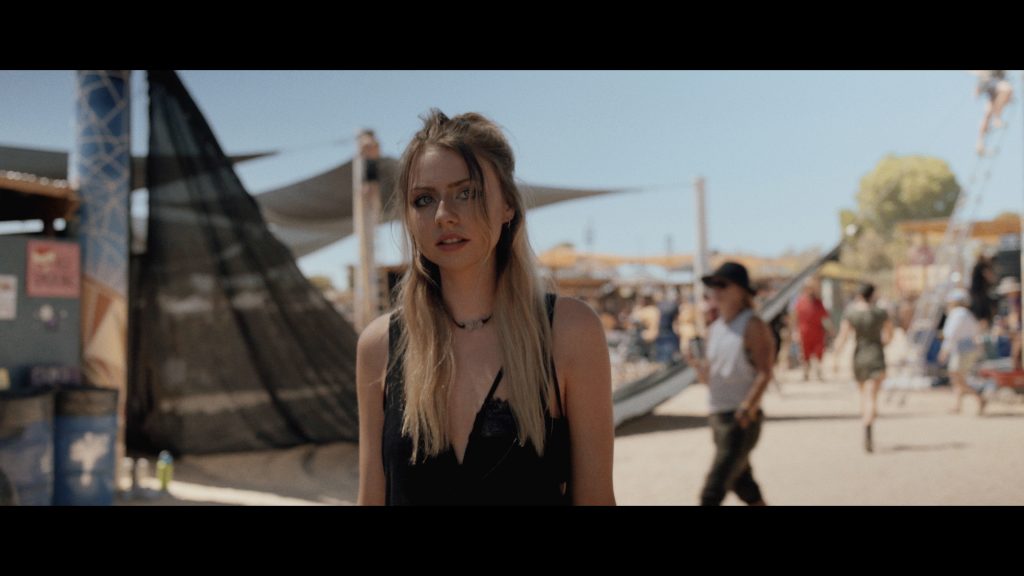 The Knockturnal: What do you hope the audiences will take away from this film?

Maddie Phillips: I hope they get inspired to get out there and go on an adventure with their friends and remember to always speak their truth.

The Knockturnal: You also star in Netflix’s Teenage Bounty Hunters. How do you approach film vs. serialized streaming episodes?

Maddie Phillips: I approach everything the same way: with an open heart and mind so I can be emotionally accessible, as well as feeling free to go in whatever way the director wants me to go. I try to do everything as honestly and authenticity as I can and adjust my energy depending on the tone of the project. 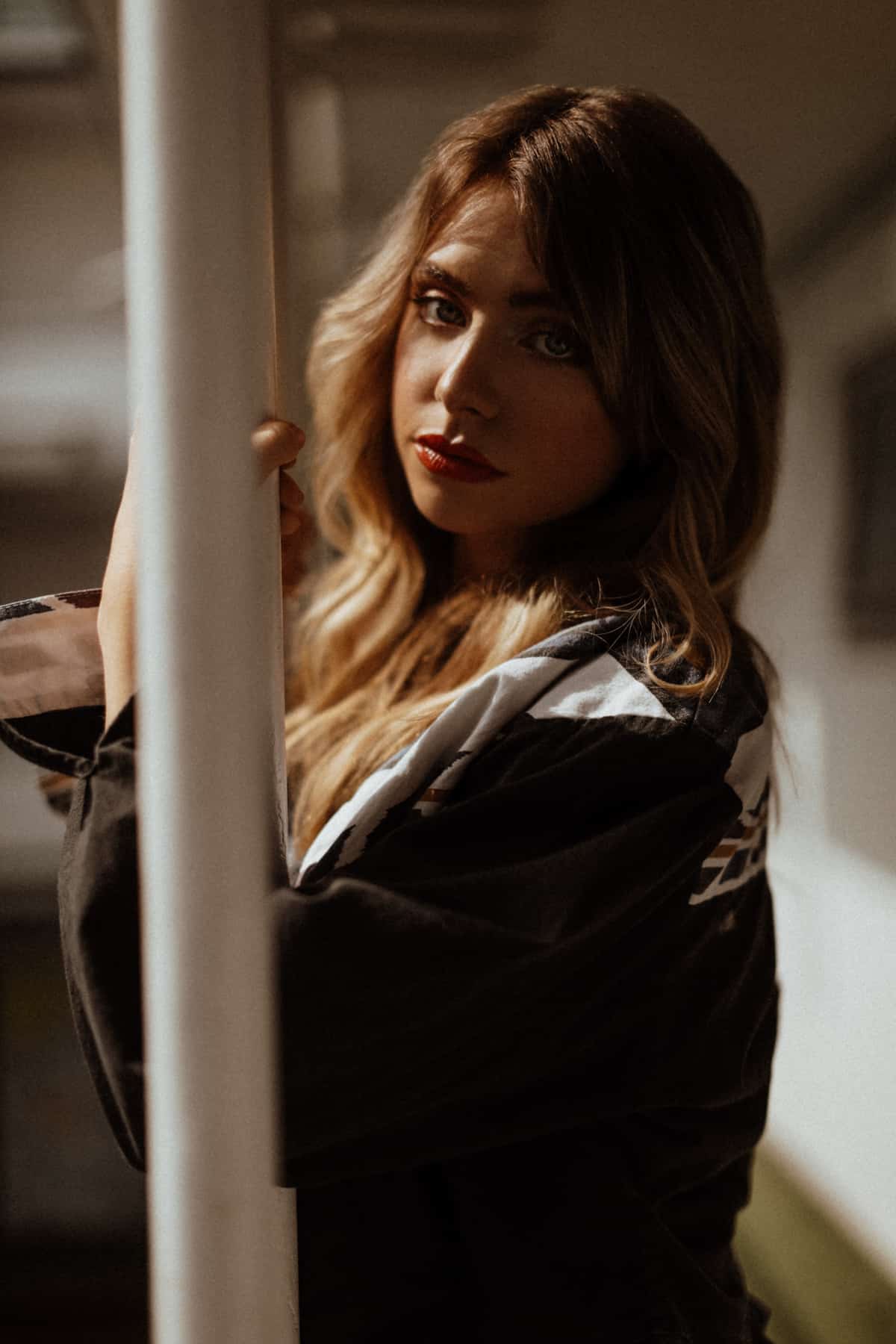 The difference between movies and TV series is the amount of preparation you have. You get a lot more time to prepare when you’re doing a movie because you’ve got the whole script from day one, so you know pretty much everything that happens and therefore have the time to plan out the skeleton of what you want to do. That being said, I love to just get lost in the work. I just let it happen, but at least with movies you get more time to become more comfortable with your lines which is always beneficial.

The Knockturnal: What’s next for you? What do you hope to tackle in 2021?

Maddie Phillips: I wish I knew! Right now I’m just auditioning while waiting to hear whether Teenage Bounty Hunters gets renewed. Nothing is certain in the world and especially work right now so I’m just focusing on soaking up everything that’s happening in my life, and trying to enjoy the slow paced nature of life before it inevitably speeds up again.

“Summerland” is available on streaming and VOD.

‘Warrior’ Season 2: The War Has Only Just Begun