We recently caught up with actor Shannon Wallace, who plays Private Nate Barker on BET’s American Soul to talk working with legends Victoria Rowell, Richard Brooks and Kelly Price. We also talked about his life as a model and what he loves most about the grooviest time period ever, the 1970’s.

Shannon is a fairly new actor on the scene but its his unique approach to acting that has caught our eye. For Shannon it comes from his personal experiences. After his encounter with gun violence, Shannon made a point to never play a “thug” or “gun-toting” character to debunk the stigma around African American male actors.  The loss of his younger brother to gun violence a year earlier urged Shannon to follow his dreams of becoming an actor. As a former published model he is not shy to the camera after working with major brands such as Gap, Nike, and Ralph Lauren.

Check out our interview with Shannon after the jump.

The Knockturnal: Originally you started in the business as a model. What made you want to transition into acting and what do you miss most about modeling if anything at all?

Shannon Wallace: Since the very beginning, for me, it was always acting. When I finished college and was mapping out how I wanted to go about starting this journey I decided I was going to use modeling as a way to get in the door. Modeling provided me with the financial stability necessary to jump out and pursue a career in acting and although, at times, the schedule was hectic and exhausting I’m very grateful for the opportunities I was able to and still do receive.

The Knockturnal: We all saw you this year as Private Nate Barker on American Soul what did you enjoy most about exploring your character?

Shannon Wallace: Private Nate Barker was a gift at a time when I needed it most. He is a complex man with tons of history and backstory to play off of for the storyline. As an actor, he’s the kind of character you dream of playing. He has mental, physical and psychological obstacles that constantly manifest themselves throughout his storyline with Brianne Clark (played by Kelly Price). I cannot wait to jump back into his boots for Season 2! 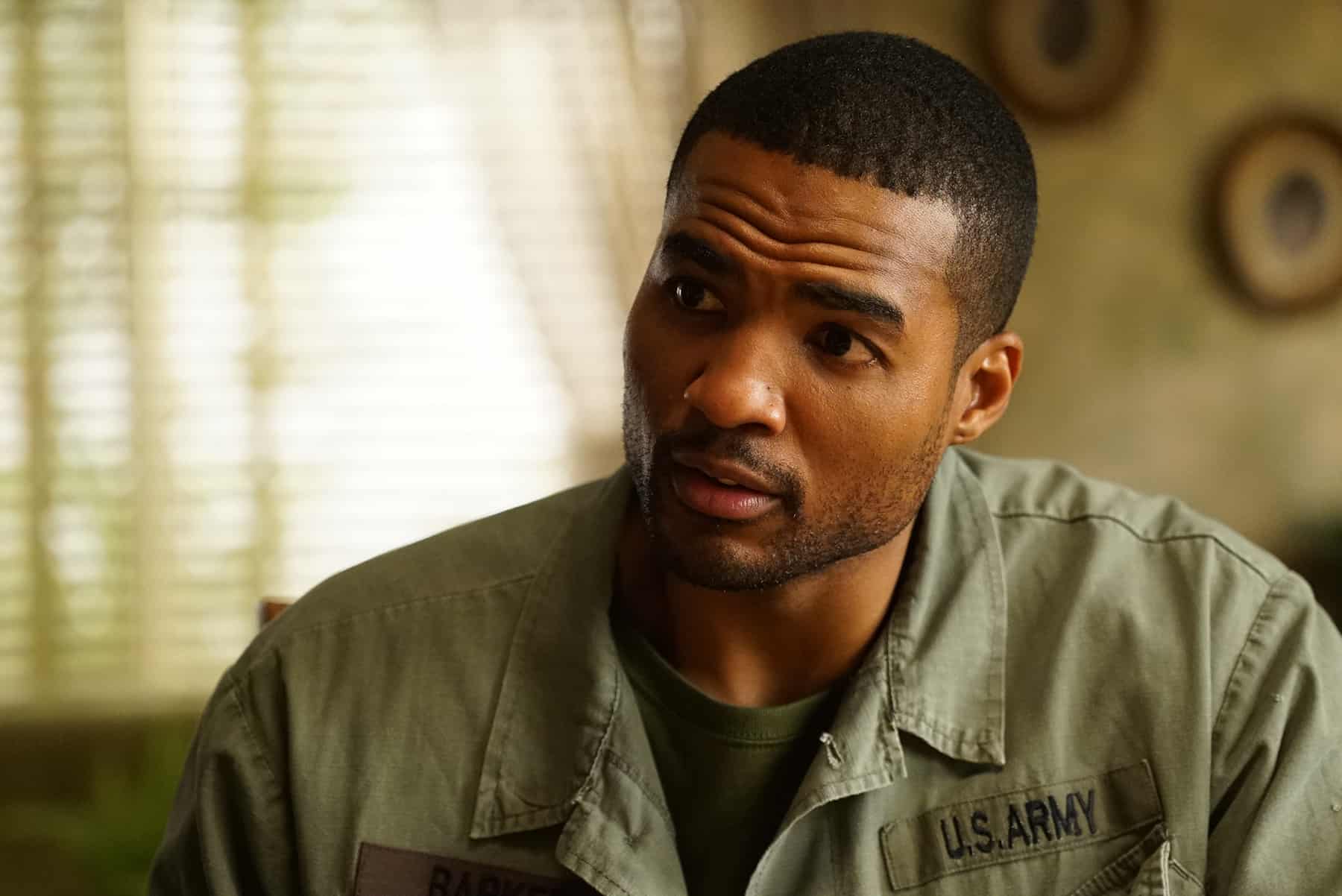 The Knockturnal: What was the casting process like for you to get cast as Private Nate Barker on American Soul?

Shannon Wallace: The beginning of the casting process for American Soul was fairly standard. I received the script and sent in an audition tape from New York. It got a bit crazy a week or so later when I was asked to come to Atlanta to audition for a few producers and the director. I was actually in the club when I got the call to be in Atlanta the next day for the audition. Flights were all booked so I hopped on a 14 hr bus ride down and made it in time for my audition. The rest I owe to my brother Joshua Young.

The Knockturnal: Set in the early 1970’s what did you enjoy most about exploring that time period?

Shannon Wallace: Acting in a period piece like American Soul was insane! The early 70s was a special time for black folks, there was a certain pride everyone carried with them. The music, the fashion, the language, the hair, we felt free.
My favorite moment from the show came on one of my off days though. I play a soldier returning from the Vietnam War so I never worked any days on the Soul Train set but I was in town one day and decided to stop by and catch the dancers KILL IT on the Soul Train line. Took me right back to Saturday mornings in my living room in front of the TV.

The Knockturnal: You’ve worked with such legends like Victoria Rowell, Richard Brooks and Kelly Price what have you learned from them?

Shannon Wallace: Victoria Rowell, Richards Brooks and Kelly Price…Man! That’s a solid roster of OGs to have as a young actor. I can say, though, that my relationships with each of them are vastly different but the one through-line consistent with them all is that, “what is for you, is for you”. They have all said that to me one time or another and its changed the way I approach the rejection you constantly face in this business. And Kelly is the homie homie, I check on her and she checks on me. I have so much appreciation for that woman. 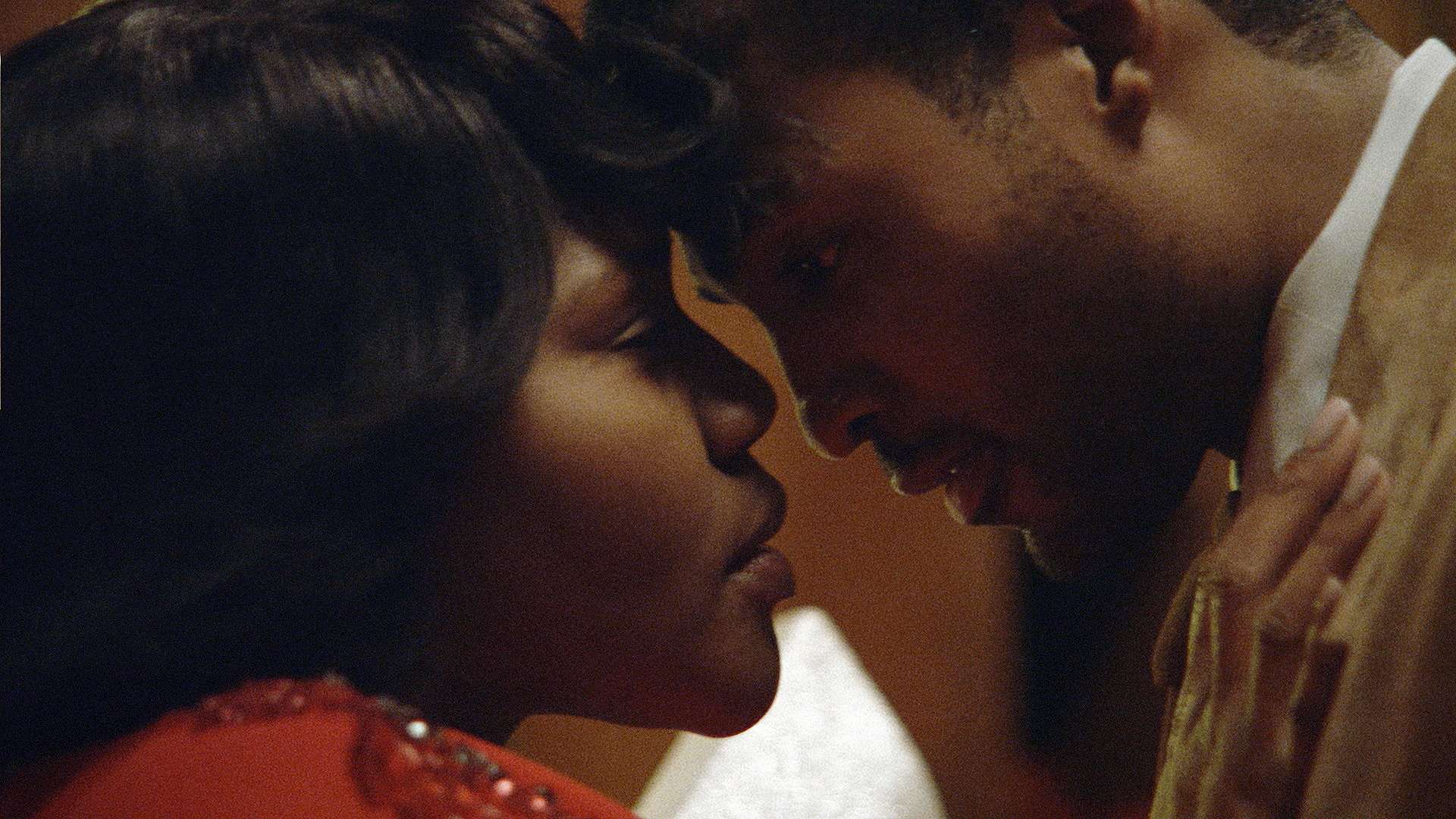 The Knockturnal: You were also on an episode of Dynasty this year, what was that experience like? Would you be open to coming back?

Shannon Wallace: Dynasty on the CW was a great time! I got to play a black scuba diver and spent my work days in a boat just chillin out on the water. I doubt scuba Scottie will be returning but I’d love to explore more with the CW network, I’m a fan of a lot of the productions they’ve released the past few years, especially Black Lightning and All American.

The Knockturnal: Can you give us any hints on Season 2 of American Soul?

Shannon Wallace: The only hint I’m giving out is that Season 2 is coming and I’m so ready for it!