Exclusive: Kevin George Talks “My Darlings A Demon”, finding his way back to music and more

22 year old Kevin George from Stamford, Connecticut has had quite the musical journey. From touring with pop star Olivia O’Brien, to dropping 3 EPs, to now – his debut album “My Darlings A Demon”. A project that’s all in all – cohesive, mature, and bold.

Last week, he dropped a visual to “You Won’t Get Me Back” – with a moody, dark and melancholy feel that reflects the nostalgic feel of the song itself. It’s all also in lieu with George’s own musical artistry and influences, as his inspirations range from Prince to The Weeknd.

George’s sound is a mixture of darker R&B elements, hip-hop and some pop as well. He’s an artist that doesn’t fit into a box but rather exists in this realm of music, sonics and expression. An artist who is inspired by real life experiences and emotions; and that’s exactly what we hear on the album.

George was a pleasure to speak to, he admits to the growth, the ups, downs and is very open about his journey. When describing his album he says: “I wanted to tell some sort of story, like a film or a novel in sonic form…” That alone, lets listeners and fans know that when listening to Kevin George, one should keep their ear out for an experience.

The Knockturnal sat down with Kevin George earlier this month, check out our conversation below. 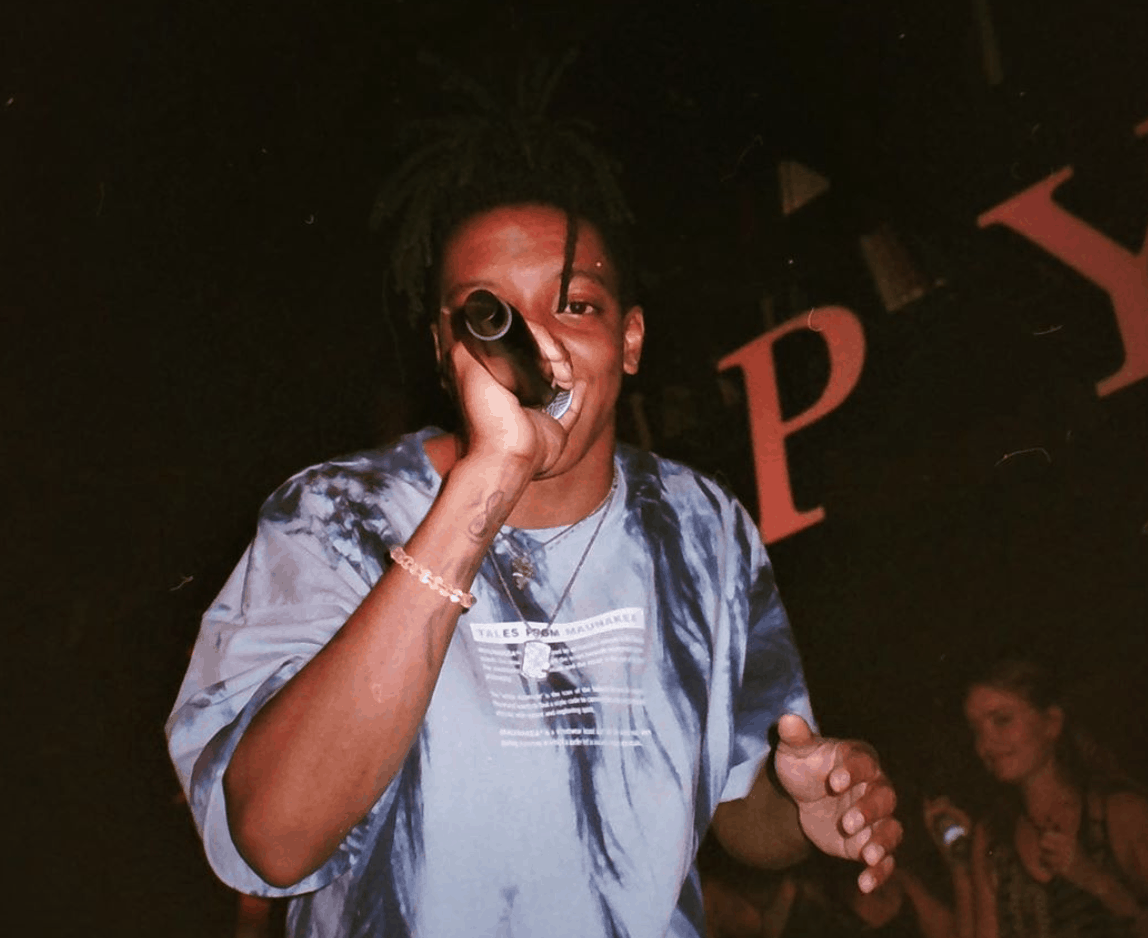 The Knockturnal: When did you first start making music and what’s your first musical memory?

Kevin George: I would want to answer that in 2 ways. I would wanna tell you about my first experience ever, writing a song but then not taking it serious for like maybe a decade. But then it finding me back, finding its way back into my life, and then picking it up and finally getting serious with it and just finally learning and studying other artists. I remember Michael Jackson passed away and before that being a kid and the media’s portrayal of him – I was like afraid of him, his public figure, his image you know for kids it was not cool. But when he passed away, I went back and watched all his videos and I was like these are some of my favorite songs ever. And I remember the songs and I think that was the first time where I was like “this is crazy” when Michael Jackson passed away. And then I started listening to other stuff – The Dream was on the radio, Gym Class Heroes – and The Dream was like one of my favorite artists… I had a piano and a guitar that I asked for, for Christmas…

The Knockturnal: Did you know how to play those instruments or you just got them to have them?

Kevin George: I just got them because I was just inspired by music. My parents didn’t put me in lessons or anything, it was kind of just there (laughs) You know I went to school and you get influenced by other ideas or whatever and I stopped making music because nobody was really making music, or like writing songs, or listening to melodic songs.

The Knockturnal: Was it because of where you’re from, or where you went to school?

Kevin George: Just who I was surrounding myself with. You go to school and you’re influenced by other opinions kind of. So I stopped making music and I was just on my athlete thing. I played sports for over 10 years. I always said that was my dream, being an athlete, but I think that was just everybody else’s dream. Music found its way back to my life, once I stopped playing football. My coach got fired, I got super discouraged and I’m like a super-confident guy and I was like man this is crazy, I don’t know what I’m going to do, I got 2 more years left…

The Knockturnal: This was during college?

The Knockturnal: I’m interested to know what inspired the title of the project and if there was a different creative process between making an album vs. making an EP? Did you approach both differently?

Kevin George: See with me, I’m still learning. I pretty much executive produced everything myself, not really taking in other ideas. Kind of just running the show, which I’m so blessed to be able to do because I learned so much. So with the album,  I just wanted a little more help. So I did approach it differently. With the EPs, it was just strictly me, programming, doing everything, producing, all that. And then with the album I was like I wanna see what happens when I get more help… The title was actually inspired by an Anime, it’s crazy how life inspires everything. You can see a word and then you imagine something crazy.

The Knockturnal: When it came to the track-listing of the project. When I heard the album from beginning to end, I was intrigued by the first and last track and how they came together. The first track titled “Wait” and the last track titled “I’m Not The Best For You” – and how those two tracks are such polar opposites as you begin by saying “Wait” – but then end the album with a realization of  “I’m Not The Best For You”. Was that purposeful?

Kevin George: You up to something, because that’s what I was saying. Especially because I didn’t necessarily come up with the title so it’s like ok now I have to come up with the experience and tell the story of going through relationships. As you can see through the track-listing it kind of gets darker, or he or she is like more so losing hope. And then it turns into a little anger, confidence and then it turns into farewells. “Wait” is actually the last record that I did for the album.

The Knockturnal: That’s also interesting because those tracks are all made at such different times but when it comes to putting a project together, they all tend to list and flow in a whole other arrangement.

Kevin George: Exactly… topics like “Why Would I Love Again” or topics like “Sweet Darling” are things that I went in with… and it’s like let’s build a song around these topics. Those are key moments in the story and narrative. I just wanted to connect to both of us, male and female, in heartbreak, being disappointed and sh*t. I just wanted to tell that story, the phases that you go through mentally. There’s hopeful moments like with “All of Me”, “Wish You were Here” and “I Better Find Your Love” and then “Don’t Sleep Without Me” as you’re kind of realizing how hard I really want this and then “Lay It On Me” you’re reflecting and it’s nostalgia. “Switch Up” you realize it might be done (laughs) and going into “Sweet Darling” it’s like there’s still a want for that and then “Off the Wall” just being crazy over that person. And then it gets darker and darker, it turns into anger with “Off the Wall”. “Reeses” is kind of my interlude and that was a record that I had to have come in that moment, because it kind of takes a break from the narrative in my head (laughs)

The Knockturnal: Totally! And out of all the tracks on the project – this is probably a very difficult question – but what’s your favorite?

Kevin George: Probably “Wait” or “You Won’t Get Me Back”

The Knockturnal: I just love always knowing this from artists but what’s one lyric, from your own, that would you have tattooed on you?

Kevin George: I was thinking about…

The Knockturnal: Oh! You were actually going to get one?

Kevin George: Yes (laughs) just like the song titles but I was thinking about “You Won’t Get Me Back” – it’s the only song on the album that I did completely by myself with no extra help… I’m just so proud of that record.

Lovehoney’s Sexual Wellness Retreat Was Just the Quickie I Needed