The Academy Award nominated, National Geographic documentary film takes place in Al Ghouta, Syria. The film shows 18 months in the tumultuous lives of a medical team working to heal bomb victims in an underground hospital nicknamed The Cave. Director Feras Fayyad, tells the film’s story from the point of view of  Dr. Amani Ballour, who is the leader of the severely understaffed hospital. 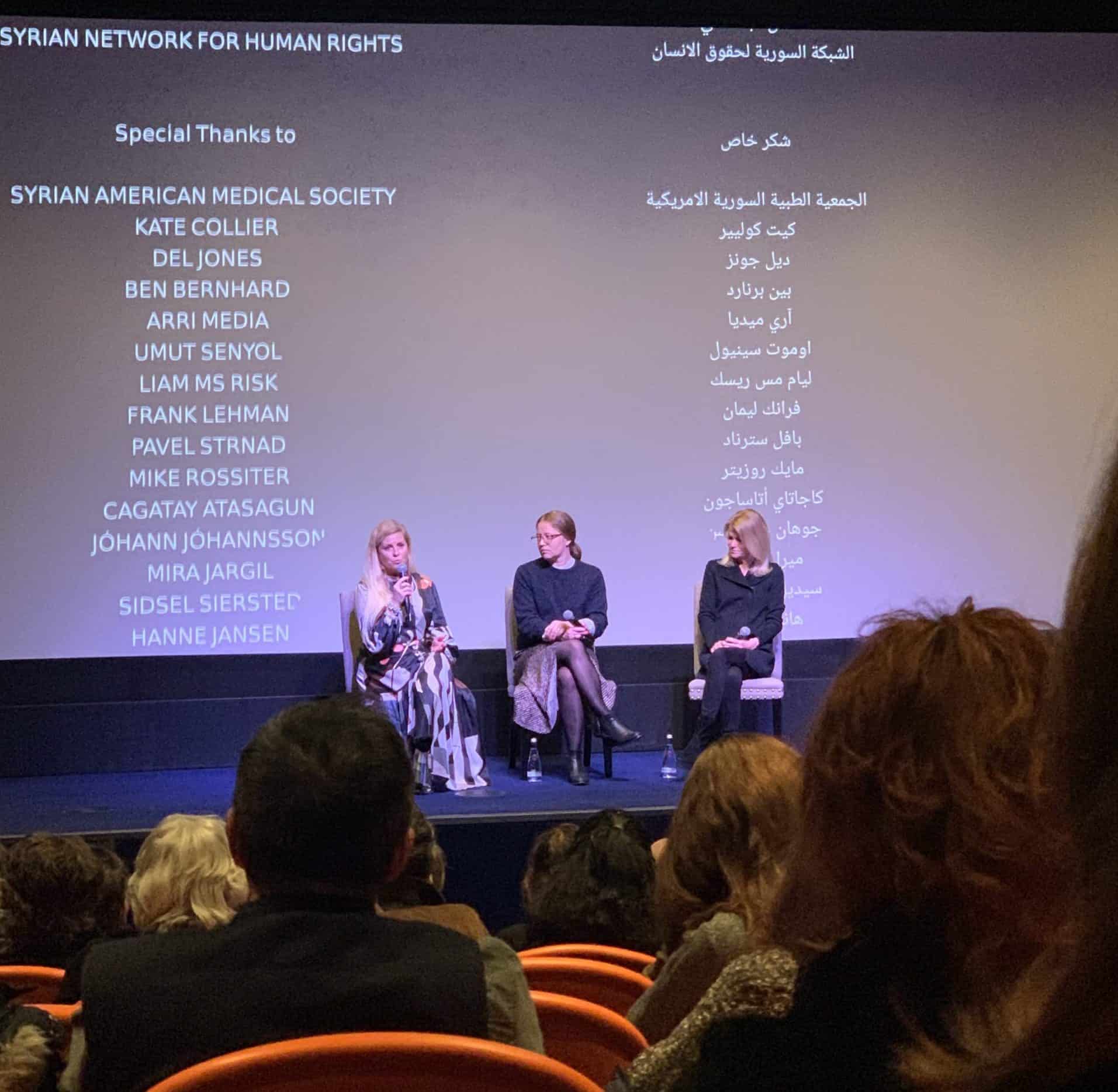 Prior to the screening the producers of the film, Kristine Barfod and Sigrid Dyekjær, gave a brief introduction to the film. One of them made a gentle commentary about the film asking the audience to not be afraid to laugh when the film is funny. She went on to share that yes these women are treating critical patients and dealing with the constant fear of being bombed themselves, but also that the film is truly about the real lives of these women, and sometimes in their lives they laugh.

After the film there was a short Q & A with Bardfod and Dyekjær, hosted by ABC’s Martha Raddatz.